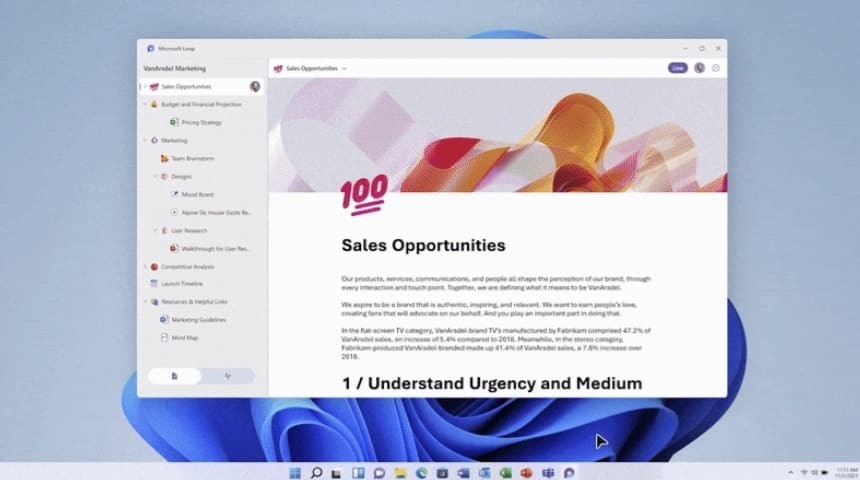 Microsoft is bringing back Google Wave, the doomed real-time messaging and collaboration platform Google launched in 2009 and prematurely shuttered in 2010.

Maybe we should’ve seen this coming. Back in 2019, Microsoft announced the Fluid Framework (not to be confused with the Fluent design system). The idea here was nothing short of trying to re-invent the nature of business documents and how developers build real-time applications. Last year, the company open-sourced Fluid and started building it into a few of its own Office applications. Today, at its Ignite conference, it’s launching a whole new product built on top of Fluid: Microsoft  Loop.

Loop is a new app — and concept — that takes the Fluid framework, which provides developers with flexible components to mix and match in order to create real-time editing-based applications, to create a new experience for users to collaborate on documents. In many ways, that was also the promise of Google Wave — real-time collaboration plus a developer framework and protocol to bring Wave everywhere.

In a historical achievement, CRS authorization has been received for introduction of AC electric traction to & from Guwahati railway…