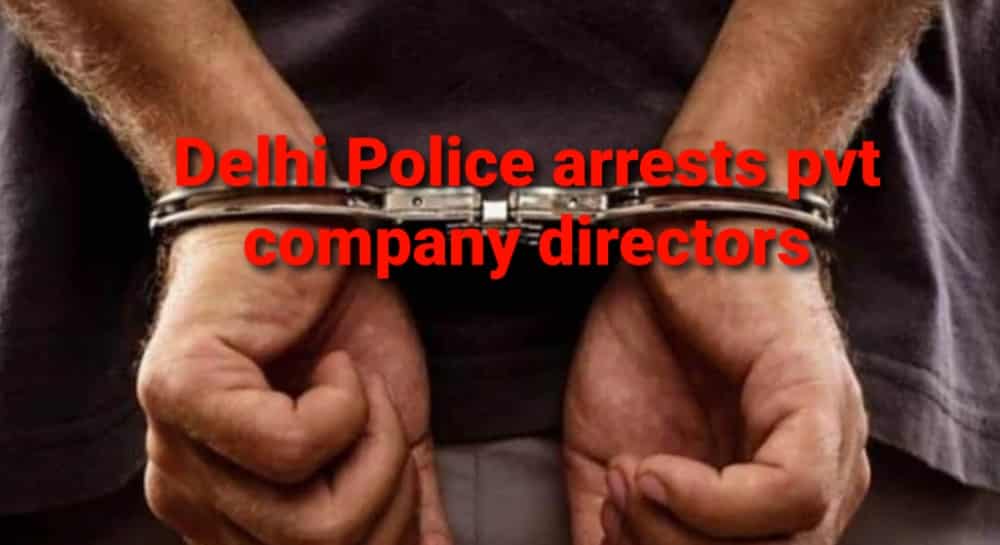 The Economic Offences Wing (EOW) of the Delhi Police has arrested the directors of a private company for allegedly cheating 30 people to the tune of Rs 12 crores in the name of allotting them shops in an upcoming mall in Noida Sector 128 that was never constructed.

According to a statement issued by the Delhi Police on Tuesday, the accused has been identified as Rita Dixit and her husband Dr Vijay Kant Dixit, who are directors of JC World Hospitality Pvt Ltd.

Dhirendra had booked two shops in a project “J C World Mall” launched by the alleged company in 2014. He had paid a sum of Rs 1.75 crore in instalments.

The company promised that possession of the units would be handed over in 30 months from the date of the allotment letter. It was alleged that the builder did not complete the construction work and no construction was going on at the site for the last 18 months.

The complainant alleged that despite having several meetings with the directors of the company, no purpose was served. The company allegedly through its directors cheated a number of buyers on the pretext of providing shops in its project.

The company did not fulfil its promise and has diverted the funds of the buyers and misappropriated them. As the police took up the case, it was found that the company had launched the project in 2014 and had received money from the buyers or investors and promised to give the possession of the units within 30 months from the date of booking.

Noida authority informed that the company had applied for approval of building plans for the proposed project in 2015, which was returned to the company with some objections and they were directed to provide the relevant documents.

However, the company did not respond within the stipulated period and therefore, their application for approval of the building plan was rejected. During investigation, it was found that a sum of Rs six crore from the buyers’ money was given to a sister company by this company. After this a police team conducted a raid at the residence of the accused persons and apprehended both of them.

Later, the police produced the accused before the Chief Metropolitan Magistrate, Patiala House Court, who sent them to two days’ police custody.

The Income Tax Department announced that taxpayers can now access the new Annual Information Statement (AIS) through the e-Filing portal. …