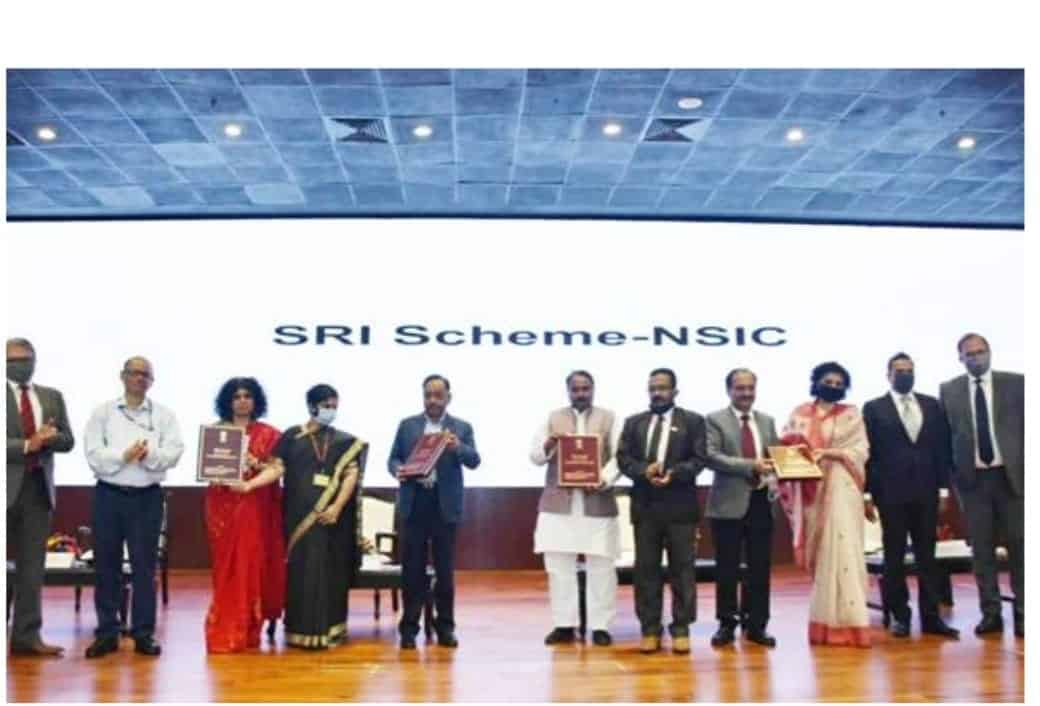 Union Minister for MSMEs Shri Narayan Rane has exhorted the officers of MSME Ministry to brace up for enhancing the output of MSME sector. The Minister categorically said that he would like to see a quantum jump in the performance of this sector, for which all segments of the Ministry will have to work in tandem. He called for increased spending by the Ministry for the betterment of the society at large. Shri Rane pointed towards the possibility of quantum jump in India’s exports through MSME sector, which can lead to achieving higher GDP.

The Minister was speaking at the signing of the Contribution Agreement by the officials of the NSIC, NVCFL and SVL in New Delhi today. He was accompanied by MoS MSME Shri Bhanu Pratap Singh Verma, Secretary, Ministry of MSME Shri B.B. Swain, CMD, NSIC & Chairperson NVCFL Ms. Alka Arora and MD & CEO, SVL Shri K. Suresh.

In line with the vision of Prime Minister Shri Narendra Modi, the Finance Minister had announced creation of a Fund of Funds for Micro, Small and Medium Enterprises under the Atmanirbhar Bharat package to address severe shortage being faced by MSMEs in securing growth capital. Consequently, NSIC Venture Capital Fund Limited (NVCFL), a 100% subsidiary of National Small Industries Corporation Limited – NSIC, a Mini-Ratna Corporation of Government of India under Ministry of MSMEs was incorporated. Self-Reliant India Fund (SRI Fund) was anchored by NVCFL with the target corpus of Rs 10,006 crore and object of supporting Daughter Funds for onward provision to MSMEs as growth capital, through equity, quasi-equity and debt, as permitted under the AIF Regulations. The Fund would, inter alia, be invested into by the Ministry of MSME as the Anchor Investor and NSIC as the Sponsor.

SRI Fund shall address the equity funding challenges of the MSME sector and give them a thrust to break their barriers, encourage corporatisation and allow them to grow to their full inherent potential to become global champions. With Government intervention, the Fund would be able to channelize diverse variety of funds into underserved MSMEs and address the growth needs of viable and high growth MSMEs.

IT Dept Raid in Bengaluru- During the search, booked bogus purchases inflation of labour exp sub-contract expenses in the name of about 40 individuals