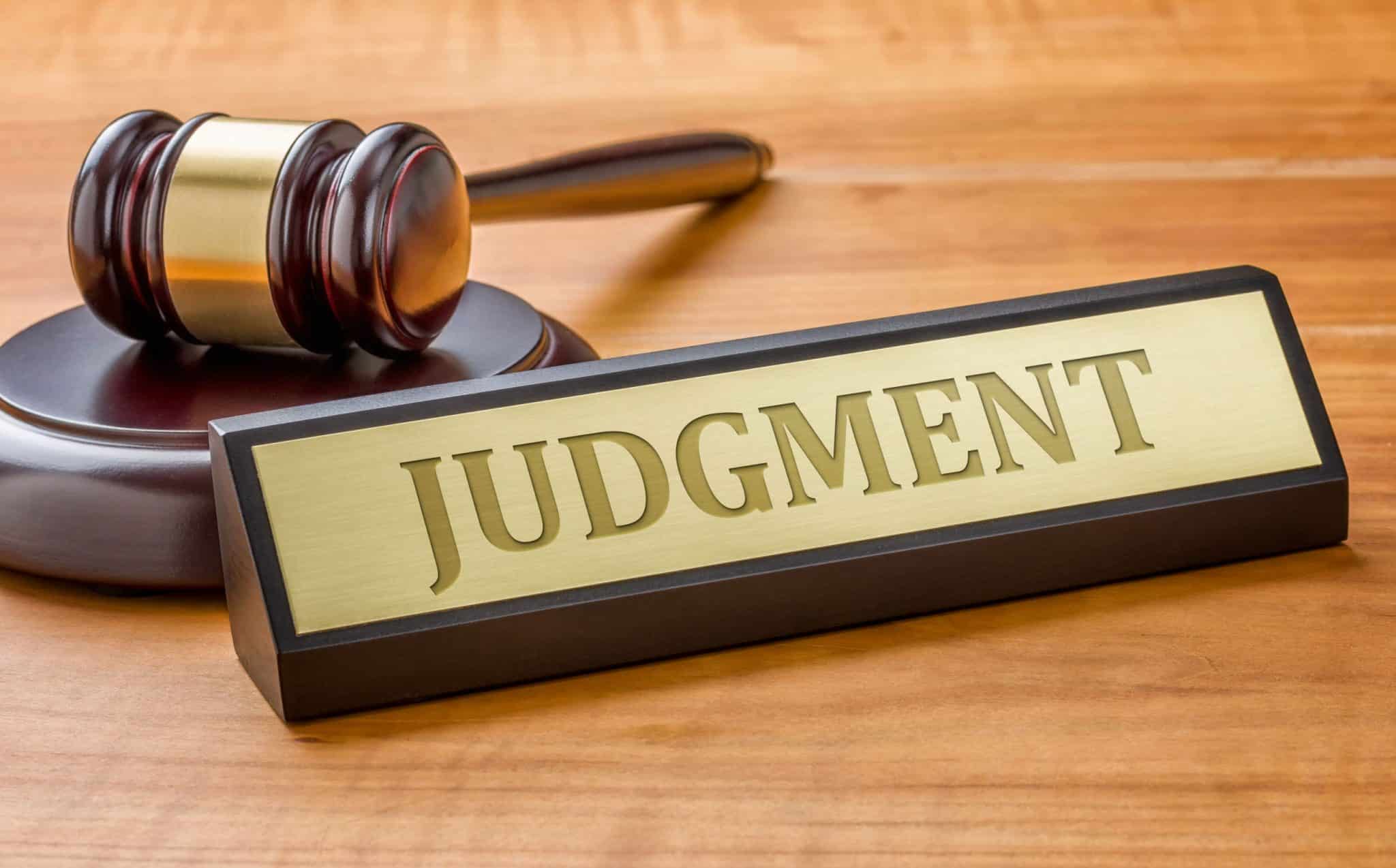 In the case of Mcnally Sayaji Engineering vs Assistant Commissioner, Calcutta High Court has held that:

Following the principle laid down in the judgment reported in Nazir Ahmad vs. King Emperor AIR 1936 PC 253, “if a statute provides an act to be done by a particular authority and in a particular manner, it should only be done by that authority and in that manner or not at all.”, the Competent Officer being authorised under the statute to withhold the refund if he has reasons to believe that the same will adversely affect the revenue can or could have withheld the refund after the same had been declared only after assigning reasons and not otherwise. In the instant case, the Assessing Officer withheld the refund without assigning any reason though the statute mandates for recording the same. Having not done so the officer concerned has acted arbitrarily. The procedure followed by the Assessing Officer does not also show the proper application of two independent provisions as in Section 241A and Section 143 wherein once a refund is declared after scrutiny proceedings and such refund is WPO 81 of 2020 withheld, a reasoned order has to follow because the assessment is done after production of materials and evidence required by the Assessing Officer. That apart and in any event the petitioner/assessee is a public limited company whose accounts are stringently scrutinized at the internal level. It is, therefore, more so required to apply the provisions more cautiously while withholding the refund after the same has been declared on completion of assessment on scrutiny.

In the light of the discussion, analysis and findings made hereinabove, the action on the part of the respondents in withholding of the refund for the assessment year 2018-19 is not sustainable in law and is set aside and quashed. The petitioner, is therefor, entitled to a mandatory order of refund. The respondents are directed to refund the amount of Rs.1,97,47,717/- within a period of four weeks from date with further interest on the principal sum of Rs.1,79,52,480/- from the date upto which interest has been added to the principal sum in arriving at the figure of Rs. 1,97,47,717/- till actual refund as per the provisions of the Income Tax Act, 1961. The respondents shall act on the basis of a server copy of this order without insisting for a certified copy thereof while processing the refund.

The writ petition WPO 81 of 2020 is allowed accordingly without any order as to costs. Urgent photostat certified copy of this judgment and order, if applied for, be supplied to the parties on priority basis after compliance with all necessary formalities.

Brief Description of the Case

2) The assessee received another intimation from the respondent no.4 on 14th November, 2019 regarding the assessment under the provisions of Section 143(1) wherein it was declared that the principal refund amount to be Rs.1,79,52,480/- as assessed by the concerned Assessing Officer. The total income tax refund for the assessee for the assessment year 2018-2019 after addition of interest of Rs. 17,95,240/- under the provisions of Section 244A of the said Act was computed as Rs. 1,97,47,717/- . A refund sequence No.8770520703 was also mentioned in the said intimation stating that the process of income tax return was complete. The assessee on checking the refund status at the TIN-NSDL website, however, found the following message displayed thereat, “Your Assessing Officer has not sent the refund to the refund banker, please contact your Assessing Officer.” The assessed refund was, thus, not refunded to the petitioner (assessee). The note appended to the said intimation shows that the refund determined under Section 143(1) of the said Act has been withheld as per provision of Section 241A.

3) After hearing the parties it appears that the matter can be decided only on interpretation of the various provisions of the said Act and no factual clarification is required. The matter was, therefor, finally heard out without calling for affidavits to which none of the parties objected to.

4) On behalf of the petitioner it is submitted that to invoke the provision of Section 241A of the said Act, the Assessing Officer has to form an opinion that the grant of refund is likely to adversely affect the revenue. Referring to the note appended, it is submitted by the petitioner that the Assessing Officer has not recorded any reason when and as to why he formed an opinion that the refund is likely to adversely affect the revenue. It is also submitted on behalf of the petitioner that despite making representations dated 26th December, 2019, 6th and 8th January, 2020 seeking refund, no refund of the assessee and/or any part thereof was made. The petitioner was, therefor, compelled to file the present writ petitions.

5) It is further submitted on behalf of the petitioner that the petitioner became entitled to refund on 14th November, 2019 when the assessment was made. At that point of time there was no demand as against the petitioner for which the refund could have been withheld under Section 241A. The demand to which the revenue is now referring to, for invoking the provision of Section 245 of the said Act came into existence only on 27th February, 2020 that is about almost a year after the date when the refund was required to be made. The concerned authority in any event according to the petitioner could have withheld the refund on or after 14th November, 2019.

6) On behalf of the revenue it is submitted that there is a total demand of Rs.47,76,28,500/- as against the petitioner for different periods. Scrutiny in respect of such periods is going on. The revenue as such is not liable to make the refund in view of the provision of Section 245 of the said Act.

WPO 81 of 2020 Apart from this submission, revenue has cited no specific reason for withholding the refund. No details have been provided to establish that there was a demand either for a period prior to the refund having been declared or at the time when the assessment for the relevant period was to be made despite affording the revenue sufficient time to provide such particulars by adjourning the matter. The only details provided was for a period subsequent to the assessment and declaration of refund which was non-existent at the time when the refund was declared upon completion of assessment.

7) Upon perusal of documents submitted, I find that the instant case is based on interpretation of few provisions of the said Act. Section 143(1) read with Sections 143(2) and 143(3) of the said Act provide for assessment on scrutiny proceedings initiated against the assessee. After the assessment is done the question of payment of further tax with penalty and interest or refund arises depending upon the assessment. Section 241A of the said Act provides for withholding of refunds if the Officer concerned finds that refund will have an adverse affect on the revenue. In the instant case, the petitioner was issued a notice for refund on 14th November, 2019 after the assessment on scrutiny proceeding for the assessment year 2018-19 was completed but the refund was withheld without assigning any reason. The assessment for the assessment year 2018-19 may have taken some time and was completed by 14th November, 2019 when the refund was notified but at that point of time WPO 81 of 2020 there was no other demand pending against the petitioner/assessee either for a previous or subsequent period.

8) The very essence of passing of the order under Section 241A is application of mind by the Assessing Officer to the issues which are germane for withholding the refund on the basis of statutory prescription contained in the said Section. The power of the Assessing Officer under the provisions of the section 241A can be exercised not only after he forms an opinion that the refund is likely to adversely affect the revenue and thereafter with the prior approval of the Chief Commissioner or Commissioner as an order for refund after assessment under Section 143(3) of the said Act pursuant to a notice under Section 143(2) is subject to appeal or further proceeding. In the instant case, after notice for refund was issued the refund was withheld with no reasons given.

9) From the judgment reported in Maple Logistics Pvt. Ltd. vs. Principal Chief Commissioner of Income Tax 2020 420 ITR 258, as referred to by the petitioner, Section 241A provides that where there is a refund payable on the returns furnished under Section 143 (1) of the Act, and the Assessing Officer is of the opinion that grant of refund is likely to adversely affect the revenue, he may withhold the refund up to the date on which the assessment is made, subject to reasons to be recorded in writing and with the previous approval of the Principal Commissioner or Commissioner, as the case may be. On a combined reading of Section 143 with Section 241A, it can be discerned that by virtue of the new proviso, it is now mandatory to process the return under sub-section (1) of Section WPO 81 of 2020 143, and proceed with grant of the refund determined therein, unless, sufficient reasons exist under Section 241A prima facie demonstrating that the grant of refund is likely to adversely affect the revenue.

10) The scope of the power under Section 241A is narrow, making it clear that a speaking order is required to be passed culling out the reasons as to how the grant of refund is likely to affect the revenue. The recording of reasons to substantiate why such withholding is necessary and how the refund will adversely affect recovery of subsequent revenue is essential. “Reasons” have been described by the Hon’ble Supreme Court in AIR 1974 SC 87 Union of India vs. Mohan Lal Capoor, as “Reasons are the links between the materials on which certain conclusions are based and actual conclusions. They should reveal a rational nexus between the facts considered and conclusions reached.” No reasons were assigned by the Officer concerned by referring to any materials that refund declared in case of the petitioner/assessee on being actually made will adversely affect the revenue. No demand as against the petitioner was pending on the date when refund was notified. The petitioner/assess became entitled to the refund immediately on completion of assessment and refund on being notified. The Assessing Officer could not have kept the refund withheld to link such refund with any demand against the petitioner for a subsequent period when such demand was not in existence on the date when the refund was notified.

p id=”p_18″>11) The powers under this revenue friendly provision cannot be used in a mechanical manner without application of mind, wherein the Assessing WPO 81 of 2020 Officer being of the opinion that the grant of refund may make recovery of pending demands. In that case refund can be withheld only after recording reasons and obtaining approval of Principal Commissioner or Commissioner as held in the judgment reported in Vodafone idea Ltd. vs. DCIT reported in 421 ITR 253. The assessee must also be given an opportunity of hearing before reasons are recorded for withholding the refund under this Section. In absence of these proceedings being followed the action of the Assessing Officer withholding refund is amenable to judicial review by way of writ petition under Article 226 of the Constitution of India.

its latest report released on Tuesday, WhatsApp said 20,70,000 Indian accounts were banned on WhatsApp during the said period. An…