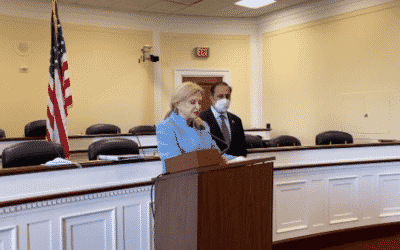 Deepavali Day Act has been introduced by the United States (US) Congress on Wednesday, 03rd 0ctober, 2021 to declare the festival of lights as a federal holiday.

United States lawmakers led by Congresswoman from New York Carolyn B Maloney said she was introducing a bill to make Diwali a nationally recognised federal holiday. If the bill gets approval in the United States Congress, Diwali will be observed as a holiday in federal institutions in the country.

The historic legislation is being supported by a number of lawmakers including Indian-American Representative Raja Krishnamoorthi. Meanwhile, Krishnamoorthi also introduced a resolution in the US Congress to recognise the religious and historical significance of the festival of lights.

Disclaimer:  Every effort has been made to avoid errors or omissions in this material. In spite of this, errors may creep in. Any mistake, error or discrepancy noted may be brought to our notice which shall be taken care of in the next edition. In no event the author shall be liable for any direct, indirect, special or incidental damage resulting from or arising out of or in connection with the use of this information.

35.7 crore. That’s the value of assets belonging to the scam-hit Vikram Investments and its associates to be attached under…