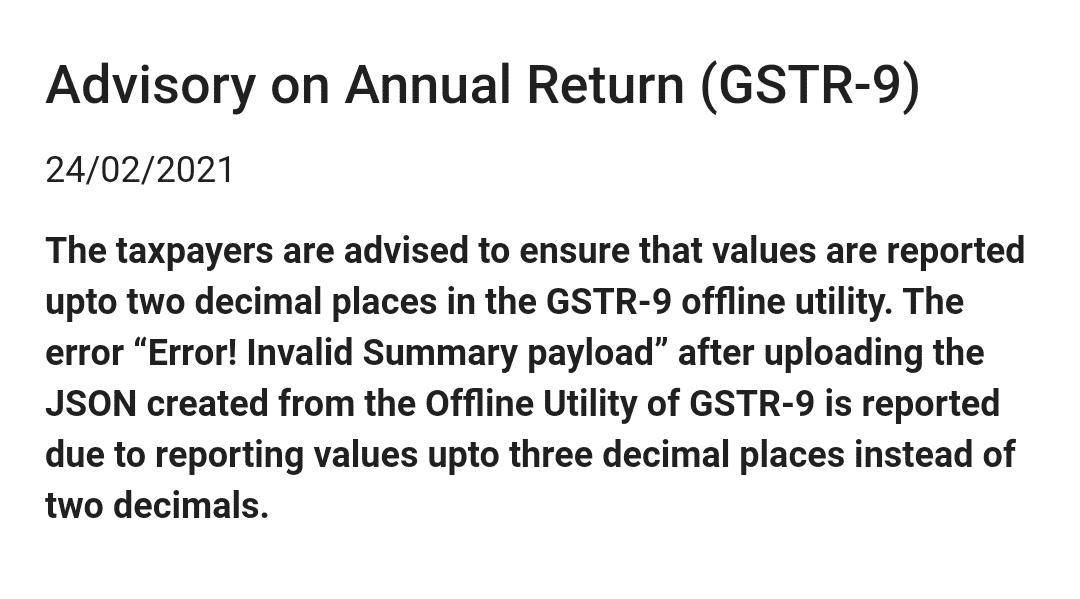 From a few days, taxpayers are reporting an error while uploading JSON file of GSTR-9 Annual Return on GSTN Portal- “Error! Invalid Summary payload”. So the GSTN has issued an advisory to avoid this error which is as follows :

The taxpayers are advised to ensure that values are reported upto two decimal places in the GSTR-9 offline utility. The error “Error! Invalid Summary payload” after uploading the JSON created from the Offline Utility of GSTR-9 is reported due to reporting values upto three decimal places instead of two decimals.