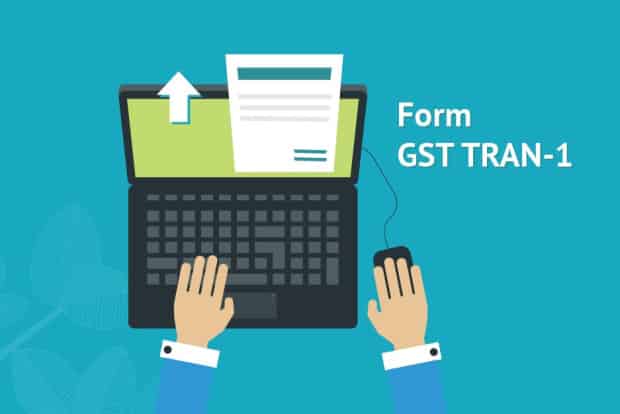 Full text of the Judgement is as under:

2.) The petitioner is a public sector undertaking established to meet requirements of specialized electronic equipment of the Indian Defence Forces. With the onset of the Goods and Services Tax Regime with effect from 01.07.2017, the petitioner came within the sweep of Goods and Services Tax Act, 2017 (GST Act) and was required to file a Form in GST TRAN-1 within a period of 90 days from 01.07.2017 in order to avail the benefit of accumulated CENVAT credit flowing from the erstwhile indirect tax regimes, VAT, Customs, Central Excise and Service Tax.

4.) According to the petitioner, it had been of the erroneous view that column-6 pertained only to admissible credit for the month of June 2017 and had thus filled in the amount of Rs.80.98 lakhs The correct figure that ought to have been reflected in column no. 6 should also have been 15.78 crore (approx) as the accumulated and brought forward CENVAT credit was admissible, according to the petitioner, in full. The error was not corrected initially and there was an oversight. Certain other errors that had figured in the Form TRAN-1 filed on 30.10.2017, came to be corrected by way of a revised Form TRAN-1 filed on 27.12.2017. This was the last date by which Form TRAN-1 could have been revised after some extensions of time had been granted by the State.

5.) After the first revision was effected, the petitioner noticed that the figure reflected in column no.6 was erroneous and sought to correct the same. The first request for amendment was made on 20.02.2018, when the petitioner pointed out that the amount reflected in column no. 6 related only to credit for the period June 2017 and not the admissible credit that the petitioner believed it was entitled to, and a request was made for amendment. The request was reiterated by communication dated 08.05.2018. On05.2018, a reply was received from the support center of GST to the effect that the last date for filing/revision of TRAN-1 was 27.12.2017 and thus, no revision was possible thereafter.

6.) The petitioner had, in the interim, filed monthly returns in time, taking credit of available credit for the periods in 28.05.2018, having no other option left, Form GSTR-3B was filed for the month of June 2018, wherein the petitioner took credit of the entire credit to which, according to it, it was entitled, of a sum of Rs.15.78 crores.

7.) On 09.08.2018, an explanation was filed by way of a communication addressed to the respondent setting out the background in which Form GSTR 3B had come to be filed for June 2018 reflecting the entire admissible credit.

8.) Promptly and on the same date, the impugned order has come to be passed reading as follows:

OFFICE OF THE ASSISTANT COMMISSIONER OF GST & CENTRAL EXCISE

Please refer to your letter dated 09.08.2018, wherein you have stated that the credit of Rs.14,97,28,201/-, which was not carried forward while filing your TRAN 1 returns had been taken as credit availed in your GSTR-3B return for the mon

In this regard, you are informed that the said credit of Rs.14,97,28,201/- carried forward in GSTR3B cannot be considered as eligible credit till a decision to that effect is taken by the CBEC. As of now, you are to make the necessary correction in your GSTR-3B return. This credit cannot be legally utilized by you as of now.

9.) According to Mr.G.Sivadoss, learned Senior Counsel for Mr.Muthu Venkataraman, learned counsel for the petitioner, the impugned communication does not set out the correct position in law insofar as the error that has been committed by the petitioner is an inadvertent human error. Moreover, the last date for filing of an application for TRAN-1 and revision of the same cannot be one and the same i.e. 27.12.2018

11.) He also brings to my notice that the decision of the Delhi High Court in Aagman Services (cited supra), in respect of which SLP has been dismissed, has taken note of a stay granted by the Supreme Court in Brand Equity Treaties Ltd. Vs. Union of India (Order dated 05.05.2020 in W.P.(C).No.11040 of 2018 and C.M.No.42982 of 2018) and thus the current and prevailing position is that expressed by Delhi High Court in Aagman Services (supra). He would thus seek to persuade this Court to permit amendment of the inadvertent error that has crept into the Form TRAN-1.

12.) Per contra, Mr.Sundareswaran, learned Senior Panel Counsel appearing for the revenue would cite the provisions of Section 120A of the Central Goods and Services Tax Rule, 2017 (GST Rules), as per which, a TRAN-1 declaration may be amended only once. He would also point out that the time stipulatede. 27.12.2017, has long expired and that there is simply no provision in law to permit revision as sought for. He would also state that the grant of credit is itself a concession and that the petitioner has already revised its TRAN-1 once, on 27.12.2017 and cannot be permitted to repeatedly revise the same.

13.) Furthermore, he would state that the first Bench of this Court in M/s.Amplexor India Private Limited Union of India and Others (W.P.Nos.10344 and 10346 of 2020) has already rejected a prayer for declaration that the time lines set out in Section 140 of the CGST Act for filing of TRAN-1 Form is ultra vires the constitution. The same issues have been framed for decision in W.P.Nos.10344 and 10346 of 2020 as well. In the light of the aforesaid, he would state that there is no merit in the request for revision.

14.) Having heard both learned counsels, I am of the view that the writ petition is liable to be allowed. Admittedly, there have been multiple difficulties, both technical and otherwise, that have been faced by assesses and the Department post introduction of GST with effect from 01.07.2017. In such a situation a bonafide human error as in the present case should, in my view, be permitted to be rectified. There is no dispute expressed by the respondents in its counters on the position that the error committed is inadvertent.

15.) In any event, the exercise of transitioning ITC is revenue neutral at this juncture, since what is enabled by permitting such transition is only the carry-forward of the ITC and the utilization of the same will be subject to proper verification by the Assessing Officer at the time of assessment.

16.) Now, I advent to the legal argument advanced in regard to the provisions of Section 120A, extracted below:

17.) In my view, it does not stand to reason that the date of filing of Form-1 and date for revision of the same be one and the same and in order to be viable, there must be a sufficient gap of time in between the two.

19.) In the light of the discussion as above, the impugned order is set aside. The respondent will enable the filing of revised Form TRAN-1 by opening of the portal and this exercise will be completed within a period of eight weeks from today. Connected miscellaneous petition is closed. No costs.

Only Amount Reflected in Form 26AS Does Not Mean that Assessee is the Actual Beneficiary Unless It is Established: ITAT

In the case of Dr Swati Mahesh Vinchurkar vs DCIT, ITAT Surat bench has held that: We have considered the…

The Electricity Amendment Bill 2021 and it's impact on power distribution

Today i.e., 29th September, 2021, has seen another day of correction in Indian stock markets. However, the power sector stocks…