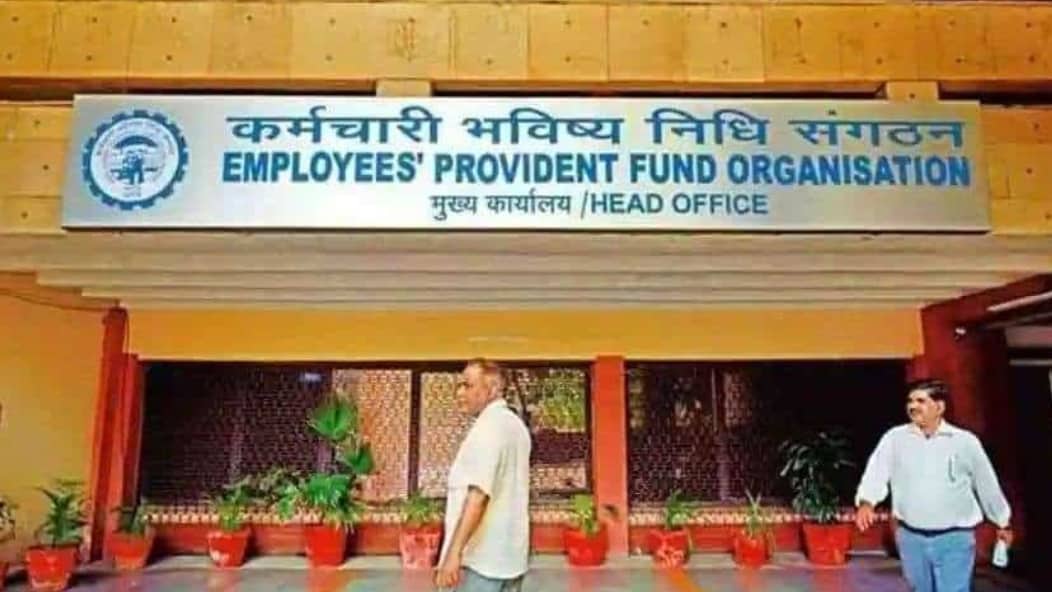 EPF Account scam: The incident of missing Provident Fund capital of employees saving their life’s capital for retirement after working for 30-32 years can shock you. But in the last few months, the incidents of money disappearing from the Provident Fund in different parts of the country are surprising. In Kandivali, Mumbai, EPFO ​​employees took advantage of the exemption given during COVID and took money out of the closed companies, whose investigation has reached the CBI. Money was disappeared from the PF account of the employees of the closed airline company. And now a new case has also come from Chandigarh.

What is the matter

Harkesh Kumar Rana, an employee of Punjab Small Industries and Export Corporation, was stunned when Rs 5 lakh 39 thousand disappeared from his Provident Fund Account (EPF Account). When Harkesh wanted to know about the disappearance of such a huge amount in the EPF account, it was found that fake mobile numbers, different account numbers and fake Aadhaar numbers were used to withdraw money from the EPF account and money was withdrawn from the account.

41 lakh rupees also disappeared from the EPF account (EPF Account fraud) from the account of Sukhdev Singh, a retired employee of his company. According to the complaint lodged with the Chandigarh Police, crores of rupees have been withdrawn through fake documents in the provident fund accounts of about 10 employees.

This is not the only case of irregularities in EPFO. In the month of July-August, 8 employees of Mumbai region were suspended for scam of up to Rs 100 crore. Money was also withdrawn from the PF account of the employees of the airline company that was closed in October. The use of fake documents has come to the fore in all. Evidence of collusion of employees has also been found in this. In this entire matter, a member of the Central Board of Trust of EPFO, on the condition of anonymity, said that the Ministry of Labour has been made aware of these matters. The EPF chairman has also not taken any action yet. It is necessary to strengthen the system of EPFO ​​to keep the hard earned money of common people safe and to maintain the trust of the people.

How does money embezzlement happen?

In order to provide relief to the people in the lockdown due to Coronavirus, the EPFO ​​had relaxed the conditions related to withdrawal (EPF account withdrawal fraud). Taking advantage of this, such a big scam was carried out. Due to declining income and job loss, a large number of people had applied to withdraw money from their provident fund, which needed to be settled immediately. Senior officers shared their login passwords with other employees so that maximum settlement could be done in less time. Taking advantage of this, some junior employees took money out of many accounts.

Use of long-closed accounts

A large number of such accounts are lying closed inside the EPFO, in which no contribution has been made for a long time, because the company has been closed. These accounts were used for embezzlement of money. Initially, some minor capital was poured into these accounts closed by the accused employees and later the entire money was withdrawn from these accounts through fake documents.

Advice to the general public

Some of the accounts from which money has been withdrawn are accounts related to small companies in which there are contributions of common people. Now they will have to struggle hard to get their money back. Therefore, all the subscribers of EPFO ​​should periodically check their account (EPF account balance), in which they can get information about interest income and remaining contribution.

Expectations of crores from EPFO

There are more than 60 million subscribers connected with EPFO, who contribute a part of their salary to EPFO ​​every month. For his future pension and other requirements, the fund manager of EPFO ​​has a corpus of more than 15 lakh crores. In the scam of 100 crores, there will be no impact on the EPFO ​​holders, but such a big case definitely lowers the trust of the people.

2 thoughts on “Alert: Money is Disappearing From EPF Accounts. Check Your Balance Regularly”

NPS Investors Will Get This Great Facility. Announces PFRDA Chairman

If you have invested or are about to invest in NPS then there is good news for you. You will…