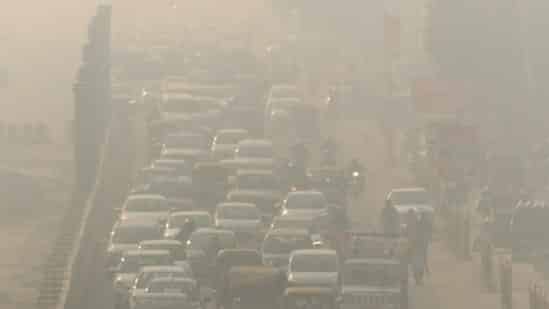 The Commission for Air Quality Management in NCR and Adjoining Areas (CAQM) convened a crucial meeting on an emergent basis today in wake of deteriorating air quality of the Delhi-NCR region. Apart from the order issued on 13.11.2021 after the 8th meeting of the Sub-Committee for GRAP, detailing various air pollution preventive measures and mitigation actions that need to be undertaken by the various agencies concerned across Delhi-NCR, the GRAP order has also advised States and concerned agencies to be in complete readiness for implementing ‘Emergency Measures’ as listed under Graded Response Action Plan (GRAP).

The adverse air quality scenario in Delhi-NCR as a combined result of paddy stubble burning, vehicular pollution, post-Diwali pollution, dip in temperature and other local factors, was also greatly impacted by a dust storm moving in from the South-Westerly directions of the Thar desert which brought in huge quantities of dust that further amplified the PM2.5 / PM10 levels significantly. Considering all different aspects causing a spike in the air pollution levels, the Commission during the meeting reiterated that the actions recommended by the orders of the Sub-Committee, shall be strictly implemented by the States.

The Commission has also identified 5 different areas contributing to the prevailing adverse air quality of Delhi-NCR that need better focus with intensified efforts by the concerned agencies of the State Governments of National Capital Region (NCR) and GNCTD. These areas are:

CAQM has pulled out all the stops in the battle against air pollution. The Commission, from time to time, has been advising various policy initiatives and actions directed towards improvement of air quality in the region. From issuing 43 Directions and 7 Advisories to regularly holding meetings with the concerned departments of the State Governments and other concerned agencies of NCR, CAQM has been pro-actively taking stock of efforts taken by the respective states towards abatement of air pollution.

CAQM is of the view that there is a vital need for regular assessments by senior level management in the State Governments and the agencies concerned so as to be well aware of the visible impact of the efforts initiated on-ground towards improvement of air quality in Delhi-NCR.

While soliciting views from the State Governments of Haryana, Rajasthan and Uttar Pradesh (U.P.), the Commission advised the concerned departments to consider similar restrictions/ regulations in the respective NCR districts as implemented by GNCTD through its order on 13.11.2021 which includes, inter alia, closure of schools up to 20th November, 2021 and closure of C&D activities from 14th – 17th November.

Further, the State Governments and District Administrations in the NCR States were also suggested to issue a Citizen Charter / Advisory for general public including various steps that need to be taken during various stages/ categories of the GRAP Action Plan. The Commission also reiterated the need for extra vigilance and concerted measures in various sectors that immediately and adversely impact the air quality.

A Taxpayers' Lounge has been set up by the Income Tax Department in India International Trade Fair, 2021 at Pragati…

Alert: GST Department is Sending Recovery Emails To Those Who Have Filed Returns And Taken ITC Claim After Due Date