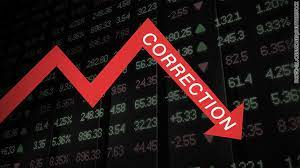 The reason behind this is most probably profit booking. The benchmark indices along with small-cap and midcap indices saw the selloff. Most of the stocks corrected were rallied a lot in either previous couple of weeks or months. However, the banking and financial services space showed resilience. Most of the top gainers on the Nifty 50 of the week were from this sector. Kotak Mahindra Bank, ICICI Bank, HDFC and SBI were in top 5 gainers. The valuations for these stocks look attractive as they have not seen massive rallies in recent past. Tech Mahindra stood at second place. Infosys stayed in 9th place.

The midcap and small-cap indices had witnessed massive correction. Some of them had reacted to their numbers. But most of them went in tandem with market’s direction. Stocks like Mindtree were also corrected despite of posting good numbers. Midcap IT names like Sonata, Tata Elxsi etc. have seen selloff.

IEX posted good results and hence saw some gains on Friday. It also announced a 2:1 Bonus Issue for the shareholders. The record date is yet to be announced.

The stock of the week is undoubtedly IRCTC. The stock which was its lifetime high on Tuesday morning saw big dip by the evening. The correction continued further. It was around 5004 on last Thursday closing i.e., Oct.14. On Oct.22, it stood at 4622. Recently, it entered the F&O ban. However, the news that government will start catering services might have helped the stock to gain a bit.

Reliance industries posted good numbers. Its topline rose by 19.8% QoQ and 50.7% YoY, respectively. Its bottom-line was up by 11.5% QoQ and 43% YoY, respectively. These results may play crucial role on Monday, as Reliance has heavy weightage on Nifty 50 Index. During this quarter, the company has acquired several businesses. Most of them are related to renewable energy business segment and apparel business segment.

Tata Elxsi also posted good numbers. Its revenue was up by 6.6% QoQ and 38.4% YoY, respectively. Its net profit was up by 10.6% QoQ and 58.2% YoY. The stock had seen correction ahead of its numbers. Both Reliance and Tata Elxsi declared their results after market hours.

TVS motors has announced that it will establish a separate vertical for EV segment. Most of the auto-makers are now foraying into EV segment by developing a dedicated unit for EV segment. It declared its numbers. They were good. Its topline rose by 38.3% QoQ and 23.4% YoY, respectively. Its bottom-line was up by 34.4% YoY.

In a nutshell, this week was all about correction and selloffs. However, most of the corrected stocks have seen massive rallies in recent past. Moreover, some stocks were defiant and showed strength during extreme selloff.

Editor, Tax Concept. I have written on market, finance, management, and technology.
jandhyalaraghuveer@gmail.com