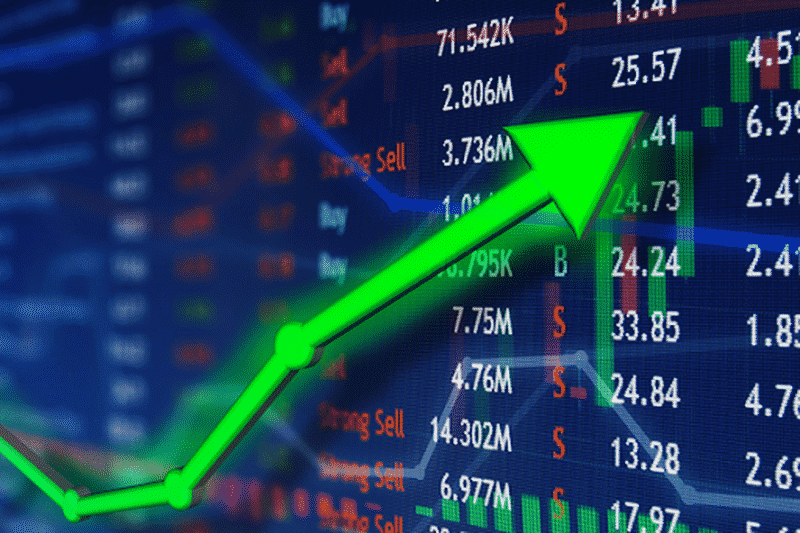 However, the global markets were not that buoyant. Asian peers like China and Korea were down due to concerns regarding rising oil prices. European markets were also mostly lower. But our markets managed to gain.

When it comes to individual stocks, Tata Motors has announced that the TPG Rise Climate Group is going to invest Rs.7,500 Cr into the company’s TML EVCo. This news came post market hours. Before this, the sources have said that Tata Motors global sales in Q2 FY22, including Jaguar Land Rover, were at 2,51,689 units. This was an increase of 24% YoY. This news paved a positive sentiment. The stock continued its rally.

Tata Power continued its rally. It’s solar wing has received an EPC order worth of Rs.538 Cr. It also signed a PPA with Punjab Government for Mundra Power Plant.

M&M said that the semiconductor chip shortage is coming to an end very soon. It said it is going to happen earlier than expected. This means that the auto makers can produce as per their full capacity in forthcoming months. Nifty Auto already started rally.

The power shortage in China impacted the prices of metals. As the plants are shut, the production has been decreased and demand started soaring. Aluminum prices are now at 13-year high. This led our metal stocks to shine. That’s why Hindalco did well today.

IT majors Infosys and Wipro are going to declare their results on 13th i.e., tomorrow. Another IT company Mindtree will also announce its results tomorrow.

The Zee-Invesco EGM issue is still continuing. Tomorrow, the Bombay High Court will take up the case.

NALCO rallied today after the news that ace investor Rakesh Jhunjhunwala has bought 1.36% of stake during quarter 2.

Marching ahead in tune with National Education Policy (NEP), the Government of India has decided to provide increasing focus on…