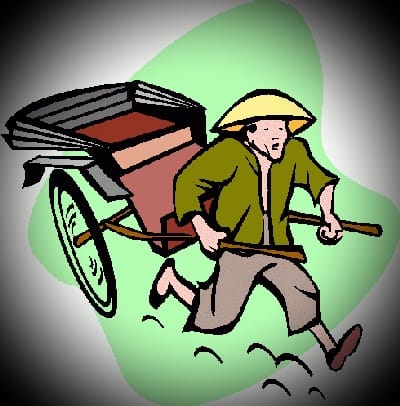 In Mathura, a rickshaw driver has been accused of evasion of income tax of Rs 3.47 crore for getting a PAN card made. When the notice of the Income Tax Department reached the rickshawwala’s house, his senses were blown away. He immediately informed the police, now the matter is being investigated.

The income tax liability of a person who makes his living by driving a rickshaw is Rs 3.47 crore. Rickshaw driver Pratap Singh himself also could not believe seeing the notice of Income Tax. On contacting the rickshaw, the Income Tax officials also suspected of forgery. At present, a complaint has been lodged in the Thana Highway. This case is being considered as the handiwork of the mastermind of the bogus bill.

The vicious ones who blew the original PAN card of the rickshaw driver. He got registered in GST in his name. Turned out to be around Rs 43.44 crore in a single year (2018-2019). Due to the MoU between Income Tax and GST, both the departments share data with each other. In the investigation of this data sharing, the software of Income Tax’s Project Insight found this case suspicious. Because the return was not being filed in spite of huge turnover in it.

After not appearing in front of the PAN card holder, the department scrutinized the matter according to the Income Tax rules. Based on GST turnover of Rs 43.44 crore. The rate of eight per cent on this amount was considered as profit. Adding all others including surcharge, tax, penalty, the amount of tax payable reached Rs 3.47 crore. The rickshaw puller was recently re-sent to the rickshaw puller to make his point and the balance of the tax payable. On receiving this, the rickshaw driver Pratap Singh panicked and reached the department.

After the advice of the officers of the Income Tax Department, Pratap Singh reached the Highway police station and there he gave a written complaint to the police. In his complaint, rickshaw driver Pratap Singh has told about applying for PAN card, but not getting the card yet. Along with this, he has also complained that someone has wrongly implicated him. Police is now investigating this whole matter. Pratap Singh has demanded the police to investigate this fraud and take action against the guilty.

Centre rushes multi-disciplinary team to Kanpur, Uttar Pradesh where a case of Zika Virus Disease has been reported

The National Statistical Office(NSO), Ministry of Statistics and Programme Implementation has released the press note on Employment Outlook of the…