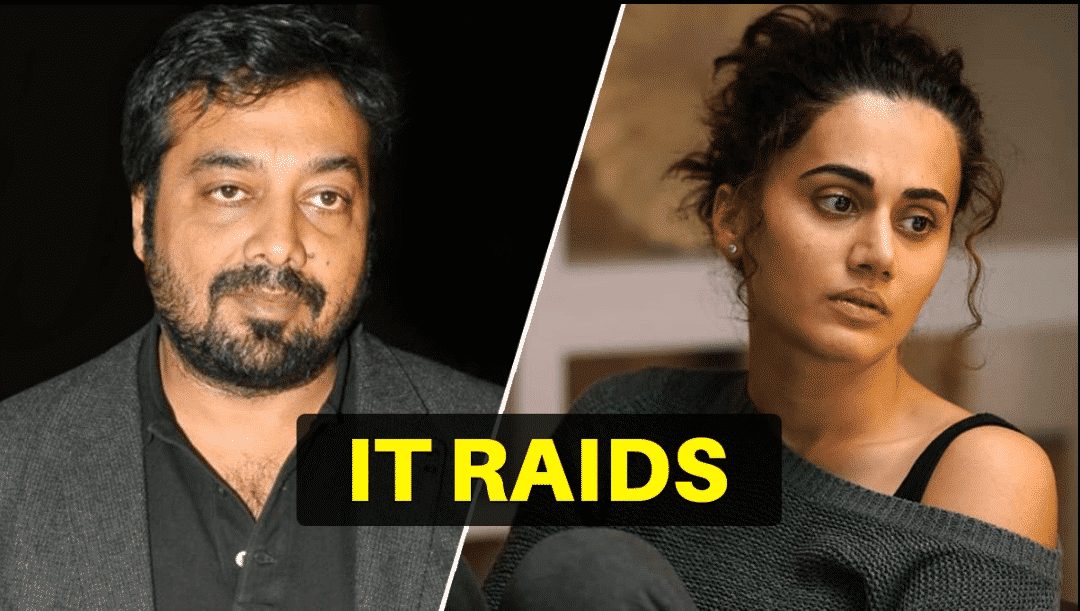 Income Tax Department Conducts Searches at Residence and Offices of Taapsee Pannu, Anurag Kashyap and Others

The Income Tax Department is carrying out search and survey operations which started on 03.03.2021 on two leading film production companies, a leading actress and two Talent Management companies in Mumbai. Search operation is being carried out at Mumbai, Pune, Delhi and Hyderabad. The group is mainly engaged in the business of Production of Motion Pictures, Web Series, acting, direction and talent Management of celebrities and other artists. A total of 28 premises are being covered in different locations which includes residences and offices.

During the search, evidence of huge suppression of income by the leading Film Production house compared to the actual box office collections has been unearthed. The company officials have not been able to explain discrepancy of around Rs. 300 crore.

Evidence related to manipulation and under-valuation of share transactions of the production house amongst the film directors and shareholders, having tax implication of about Rs. 350 crore has been found and is being further investigated.

Evidence of cash receipts by the leading actress amounting to Rs 5 crore has been recovered. Further investigation is going on.

Apart from this, non-genuine/bogus expenditure to related concerns by the leading producers/directorhaving tax implication of about Rs. 20 crore has been detected. Similar findings have been made in the case of the leading actress also.

At the office premises of the two talent management companies, huge amount of digital data has been seized in the form of emails, whatsapp chats, hard disk etc which are under investigation.

During the search, 7 bank lockers have been found which have been placed under restraint. Search is continuing in all the premises.