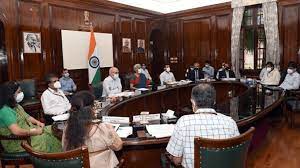 FinMin interaction with tax professionals, other stakeholders and Infosys on issues in new IT Portal Key points of Extract from above press release issued by Ministry of finance dt 22nd of June, 2021

For details discussion click on below link  Link of The Press Release  https://www.pib.gov.in/PressReleasePage.aspx?PRID=1729504