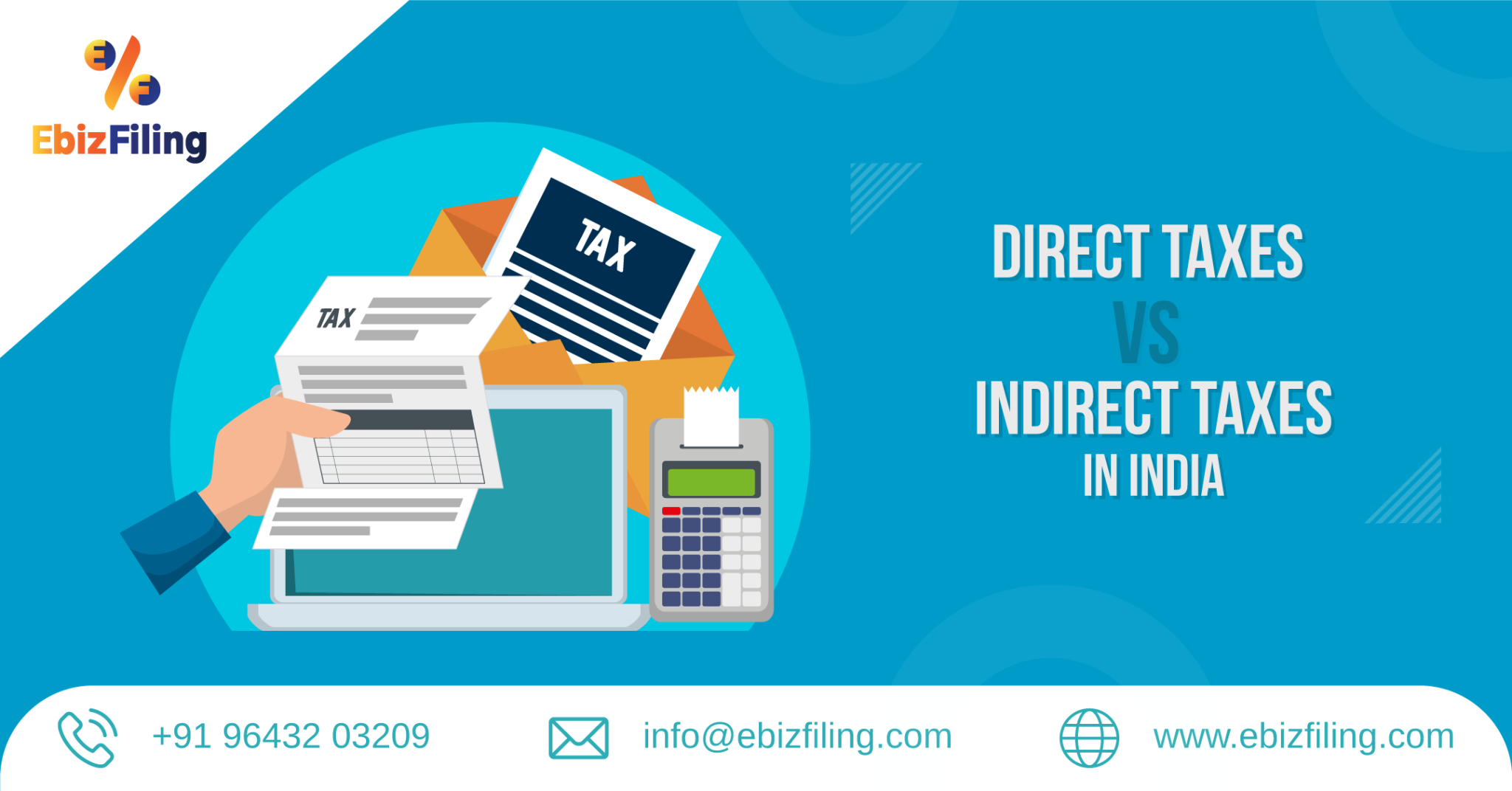 Difference between Direct Tax and Indirect Tax in India

In India, the government’s right to impose taxes is derived from the Constitution Of India, which divides the power to levy taxes between the state and central governments. All taxes charged in India must be accompanied by a law issued by either the Parliament or the State Legislature. Indirect and direct taxes are the two most common types of taxes in India. In India, all taxes must be preceded by legislation passed by both the Parliament and State Legislatures.

What is a Direct tax?

Types of Direct tax in India

What is an Indirect Tax?

Indirect taxes are the tax which is paid to the government at the time of purchasing any product or any services. unlike direct taxes, indirect taxes are not imposed on the income and profit of an individual or a company. In basic terms, when a buyer purchases a product or service, the excess amount levied by the supplier to the buyer is referred to as indirect tax. Initially, there are 7 types of indirect taxes in India that are excise duty, VAT (Value Added Tax), Service Tax, Entertainment Tax, Custom duty, and others, which are now collectively termed as Goods and Service Tax (GST) which is imposed by the government.

Differences between Indirect and Direct taxes

Suggested Read: How to save tax in a Private Limited Company

Ishita Ramani is a young women entrepreneur and currently the operations directors at ebizfiling india private limited. In her entire career so far, she had led a team of 50+ professionals like CA, CS, MBAs, and retired bankers. Parts from her individual experience on almost every facet of Indian statutory compliance, she has been instrumental in setting up operational at ebizfiling.com!
Support@ebizfiling.com

MCA Update- ALL DISQUALIFICATION OF DIN ARE REMOVED BY MCA TODAY

Assessee is Entitled To Challenge The Correctness Of DVO's Valuation Before CIT And Tribunal: ITAT Ahmedabad

In the case of Lovy Ranka vs DCIT, ITAT Ahmedabad has held that: It is sufficient, for our purposes, to…