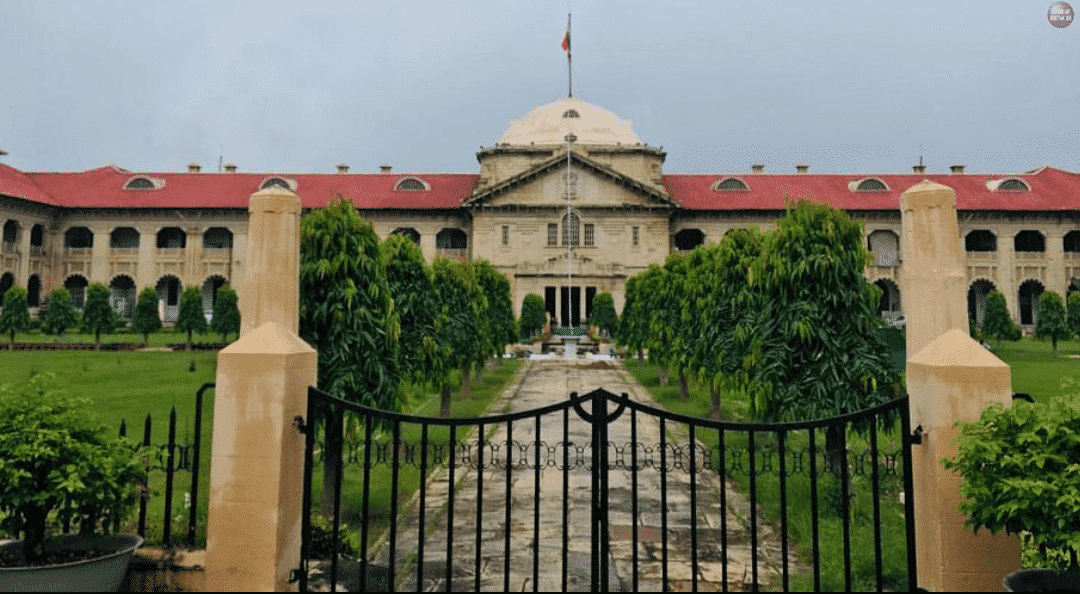 In the case of Ranchi Carrying Corporation vs State of UP & 2 Others, the Allahabad High Court held that the service of detention order on the driver or fixation of a copy of the order on the truck is none of the methods prescribed under section 169 and thus, same could not be deemed to be a valid service of notice.

Full text of the judgement is as under:

HIGH COURT OF JUDICATURE AT ALLAHABAD

Respondent :- State Of U.P. And 2 Others

The instructions are taken on record.

The present petition has been filed for the following reliefs:-

“I. Issue a suitable writ, order or direction in the nature of certiorari quashing the impugned order dated 31.08.2020 passed by the respondent no.2 in Appeal No. KNP3/72/2020 Assessment Year 2019-20 under the provisions of section 130 of U.P. Goods and Services Tax Act in relation to the vehicle.

II. Issue a suitable writ, order or direction in the nature of certiorari quashing the order dated 23.01.2020 Form GST MOV-09 related to vehicle.

III. Issue a suitable writ, order or direction in the nature of certiorari quashing the entire proceedings initiated by the respondent authorities in relation to vehicle under section 129 and 130 against the petitioner as the same has been initiated in contravention of the provisions of the integrated Goods and Services Tax Act/Rules and in contravention of the circulars issued by the Central Government which are binding on the respondents.”

On the basis of the said averments, this Court vide order dated 26.11.2020 had granted the Standing Counsel time to obtain instructions with regard to the averments on account of non-service of the notices and no opportunity of hearing.

Counsel for the petitioner argues that Section 169 of the GST Act provides for the manner of service of notice in certain circumstances, the same is quoted hereinbelow:-

“(1)Any decision, order, summons, notice or other communication under this Act or the rules made thereunder shall be served by any one of the following methods, namely:-

(b) by registered post or speed post or courier with acknowledgement due, to the person for whom it is intended or his authorised representative, if any, at his last known place of business or residence; or

(c) by sending a communication to his e-mail address provided at the time of registration or as amended from time to time; or

(d) by making it available on the common portal; or

(e) by publication in a newspaper circulating in the locality in which the taxable person or the person to whom it is issued is last known to have resided, carried on business or personally worked for gain; or

(f) if none of the modes aforesaid is practicable, by affixing it in some conspicuous place at his last known place of business or residence and if such mode is not practicable for any reason, then by affixing a copy thereof on the notice board of the office of the concerned officer or authority who or which passed such decision or order or issued such summons or notice.

(2) Every decision, order, summons, notice or any communication shall be deemed to have been served on the date on which it is tendered or published or a copy thereof is affixed in the manner provided in sub-section (1).”

He thus submits that the service on the driver or a fixation of the copy of the order on the truck in question is none of the methods prescribed under Section 169 GST Act and thus it is clear that the orders were never served and the proceedings were held ex-parte.

A perusal of the provisions of Section 169 makes it clear that a manner is specifically provided for service of notices. It is well settled that whenever a manner is prescribed, the thing should be done in that manner alone.

In respect of the order passed by the Appellate Authority dated 31.8.2020, the counsel for the petitioner submits that at the time of the filing of the appeal, the petitioner had submitted the requisite documents justifying his stand, however, the Appellate Authority held that as no reply was filed to the notices sent, the grounds taken in the appeal appear to be afterthought and thus the appeal was also dismissed.

A perusal of the impugned order shows that at no point of time, was the petitioner granted an opportunity of submitting his reply and the grounds taken by the petitioner before the Appellate Authority were not considered recording them to be an afterthought. Thus, on a plain reading, a failure of natural justice has been occasioned to the petitioner.

Accordingly, the order dated 31.8.2020 and the order dated 23.1.2020 are set aside with a liberty to the respondents to conclude proceedings against the petitioner, in accordance with law.

The petition is disposed off.