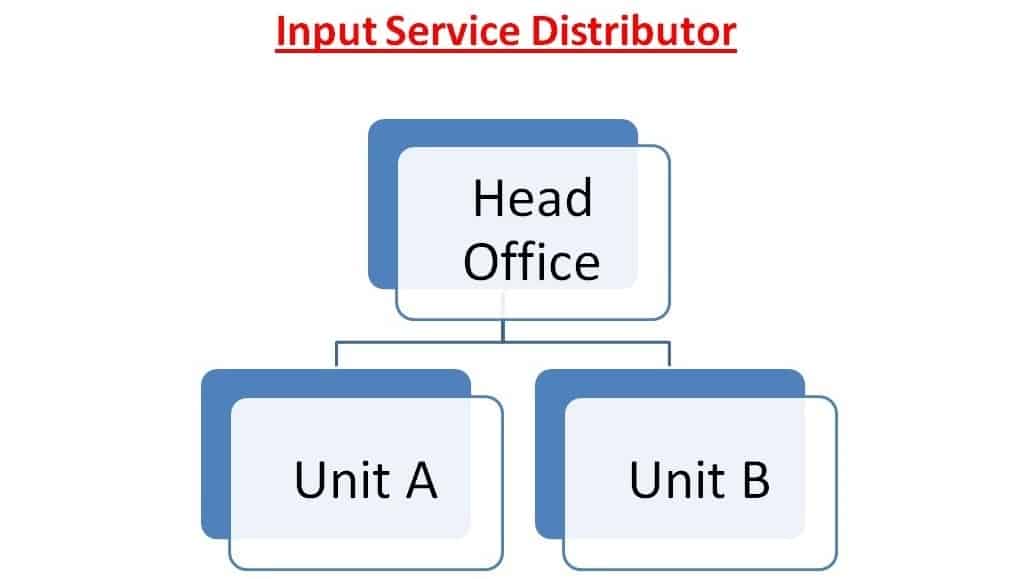 To ease the doing of business in various locations in India with modest tax compliances, the concept of centralized registration and input service distributor has been taken from the previous indirect tax laws. Both of these notation was envisaged in service tax law i.e. Chapter V of Finance Act, 1994. The method was being initiated to distribute the credit of input services to the distinct units, which has availed those services. Similar is the scenario under GST law with some variations.

The concept of Input Service Distributor (ISD) has been introduced in CGST Act, 2017 (hereinafter referred as ‘act’) on similar lines as existed in Service Tax Regime in order to make it convenient to the assessees to transfer their common credit/specific credit to their units/branches located in multiples states/places. The term Input Service Distributor is defined under Section 2(61) of the act, as-.

Sec. 2(61) of CGST Act, 2017 defines the term ISD as “an office of the supplier of goods or services or both which receives tax invoice issued under section 31 towards the receipt of input services and issues a prescribed document for the purposes of distributing the credit of central tax, State tax, integrated tax or Union territory tax paid on the said services to a supplier of taxable goods or services or both having the same Permanent Account Number of that office”.

Therefore, in order to transfer the common credit, an assessee is required to take registration under the category of Input Service Distributor. Generally, the head office having no output accounts for the common expenses of branches or units and sometime branch specific expenses are booked by the Head Office and takes the credit of tax paid on such expenses. Since, the head office generally does not have the output supply and therefore it cannot be able to utilize the tax credit.

In order to make it possible, the head office applies for the ISD registration for availing & distribution of common as well as branch specific tax credit to the respective registered branches. Further, in case head office also engaged in making output supply having tax outlay, then the Head Office is also required to take the normal GST registration along with ISD for payment of tax and distribution of credit respectively. But the normal tax invoice for the supply of goods or services cannot be made from the ISD registration. Reliance can be place in case of Vivo Mobile India (P.) Ltd. (ORDER NO. 46 OF 2019 dated 17/12/2019) wherein AAR-UP has held that as per definition of term input service distributor in Section 2(61), An input service distributor could pass only input tax credit accumulated to him and in accordance with rule 54 of CGST Rule, 2017. Accordingly, input tax credit on basis of invoices issued by service provider from old GST Registration number (ISD) could not be admissible to applicant. Even if a person obtains two separate registrations, on same PAN, they are to be treated as distinct person under CGST Act, 2017. As per section 31(3), read with rule 53 of CGST Rules, any person registered under the act can only revise those invoices which were issued by him previously and that input tax credit is not admissible on invoices issued with new GST registration to applicant.

It is therefore clarified that head office here, refers the place primarily responsible for booking of expenses which are common to units or specific units. It is not compulsory for Head Office to become ISD unit, a branch can also become an ISD unit. The only requisite to become an ISD unit is the frontrunner in booking expense of other units as well as payment thereof.

It is apparent from the meaning that ISD registration is required where a head office/branch receives input services which are directly or indirectly related to units/branches.  In order to take registration of Input Service Distributor, every person shall make a separate application for registration as Input Service distributor in Form GST REG-01.

The certificate of registration enables ISD to exercise their functions i.e. availing & distribution of input tax credit on input services only.

The AUTHORITY FOR ADVANCE RULINGS, MAHARASHTRA in the application filed by Cummins India Ltd. (NO. GST-ARA-66/2018-19/B-162 dated 19/12/2018) has held that once GST is levied on service of facilitating common input supplies provided by applicant to its distinctly registered units and ITC thereof is availed by recipient unit, applicant is required to register itself as an input service distributor for distribution of ITC on common input supplies as per provisions of section 24.

The distribution of credit would be in the following manner:-

The total ITC availed by Mumbai is Rs. 6,000/-, no distribution of the common credit can be made because one of the unit located in Patna, has used the common input service but was not available in preceding FY/quarter. By virtue of the aforesaid interpretation of the definition of relevant period, the distribution of common credit would only be available when all the turnover of all the recipients are available.

Illustration 2:- To distribute the credit in case of opening of new branch having no turnover in the relevant period, first credit of all the branches for the quarter in which new branch is opened is accumulated and subsequently distributed in next quarter.

*The aforesaid ratio is calculated on the basis of turnover of previous quarter ending June. As per the definition of relevant period, it shall be the quarter in which all the units are having turnover.

The other relevant points to be considered while distributing the tax credit:-

14. ISD shall issue an ISD invoice for the purpose of distributing the tax credit clearly indicating the following particulars:-

15. No cross utilization can be happened i.e. credit lying in Delhi unit can’t be utilized by the Jabalpur unit for the payment of its tax liability.

16. ISD shall issue an ISD credit note for reduction of credit already distributed. Such credit note clearly indicates all the particulars of original invoice issued for distribution.

17. Distribution of tax arise from the receipt of debit note from the supplier shall be made in the similar as that of receipt of tax invoice.

18. Distribution of the credit note received from the supplier shall be apportioned to all the units in the same ratio in which ITC of original invoice was distributed & reduced from the distributed amount in GSTR-6. Where the distribution amount is in negative, then it should be added to the output tax liability of the recipient unit via GSTR-3B of respective unit.

19. A non-ISD registered person having the same PAN & state code can also transfer the credit to his ISD unit for the common input services by issuing an invoice or credit note or debit note. [Inserted vide Notification no. 03/2018- CT dt. 23.01.2018]

20. The taxable value of the invoice raised by non-ISD registered person to ISD unit shall be same as the value of the common services.

21. In case, any amount of ITC distributed by ISD has wrongly apportioned to the units by any reason, and then the process of reversing the credit would be followed. The unit may transfer the ITC of common input service by issuing an invoice containing all details of ISD invoice.

WHAT IF WRONG DISTRIBUTION OF ELIGIBLE ITC HAS BEEN MADE:-

The distribution of credit by ISD is to be made in bifurcation of eligible credit and ineligible credit. This means that it is the responsibility of the ISD to arbitrate whether the invoice of the said input service is eligible to avail by the units or not by scrutinizing all the 9 conditions as stated in Para 3 above. If not eligible, then it is to be categorized as ineligible ITC & separate ISD invoice is to be issued.

Now the question has arisen, what remedy an ISD can adopt to correct the mistake of wrong distribution of ineligible ITC as eligible ITC. The ISD is the sole person who knows the every element of the invoices for the input service received, therefore it is his duty to identify the invoices as eligible or ineligible. On the phenomenon to err is the human, the ISD can have two remedy:-

In case, no identification of such type of mistake has been made by ISD & excess/wrong distributed credited has been availed by the recipient unit, then it would be deemed that the recipient units is in contravention of the sec.  20 of the act and so excess credit would be recovered from such recipient unit under the provision of demand & recovery of the act. [Sec. 21 of CGST, Act, 2017].

In case of Mahindra & Mahindra Ltd. v. Commissioner of Service Tax, Mumbai, [2018] 95 taxmann.com 358 (Mumbai – CESTAT), wherein CESTAT-Mumbai has held that rule 14 of CENAVT Credit Rule,2004 could be made applicable only on person who availed CENVAT credit wrongly or utilized same and, therefore, appellant being an input service distributor could not be issued any show-cause notice of demand under rule 14. The demand raised on the appellant being an input service distributor is not sustainable in law.

ISD is a facility available to businesses having a large share of common expenditure on input services and where billing/payment is done from a centralized location. The concept of ISD has been introduced to simplify the credit taking process for various business houses and the facility helps the concerned to have a smooth flow of input tax credit under GST.

also read : Section 11 – Made Easy – Never Before Ever After – Comprehensive

Disclaimer: In no event the author shall be liable for direct/ indirect damage after reading this article.