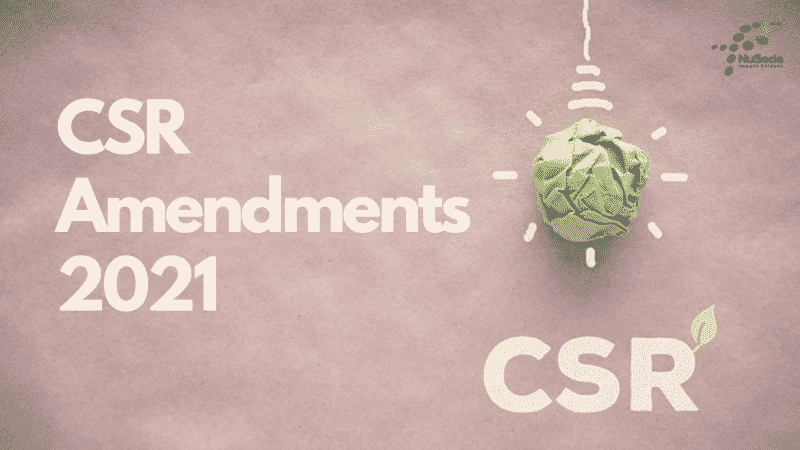 Turnover of rupees one thousand crore or more (100Cr) or

Until the PY 2019-20, the companies which didn’t spend the prescribed percentage of profits are required to disclose the same in Board’s Report. Due to such lenient rule non compliance was found to a large extent. Even large corporates such as TCS, Airtel, ICICI Bank did not spend the prescribed percentage and disclosed the same in Board’s Report.

Amendments were made in the provisions of CSR with effect from FY 20-21 and now CSR is a Mandatory provision that is to be complied by applicable companies.

Following are the 10 Important points that merit consideration –

ITR Filing Exemption 2021: CBDT Exempts Certain Class of Persons From Filing ITR Under Section 139(1) of the Income Tax Act Subject to Some Conditions

By Notification dated 11th October 2021, CBDT Exempts Certain Class of Persons From Filing ITR Under Section 139(1) of the…