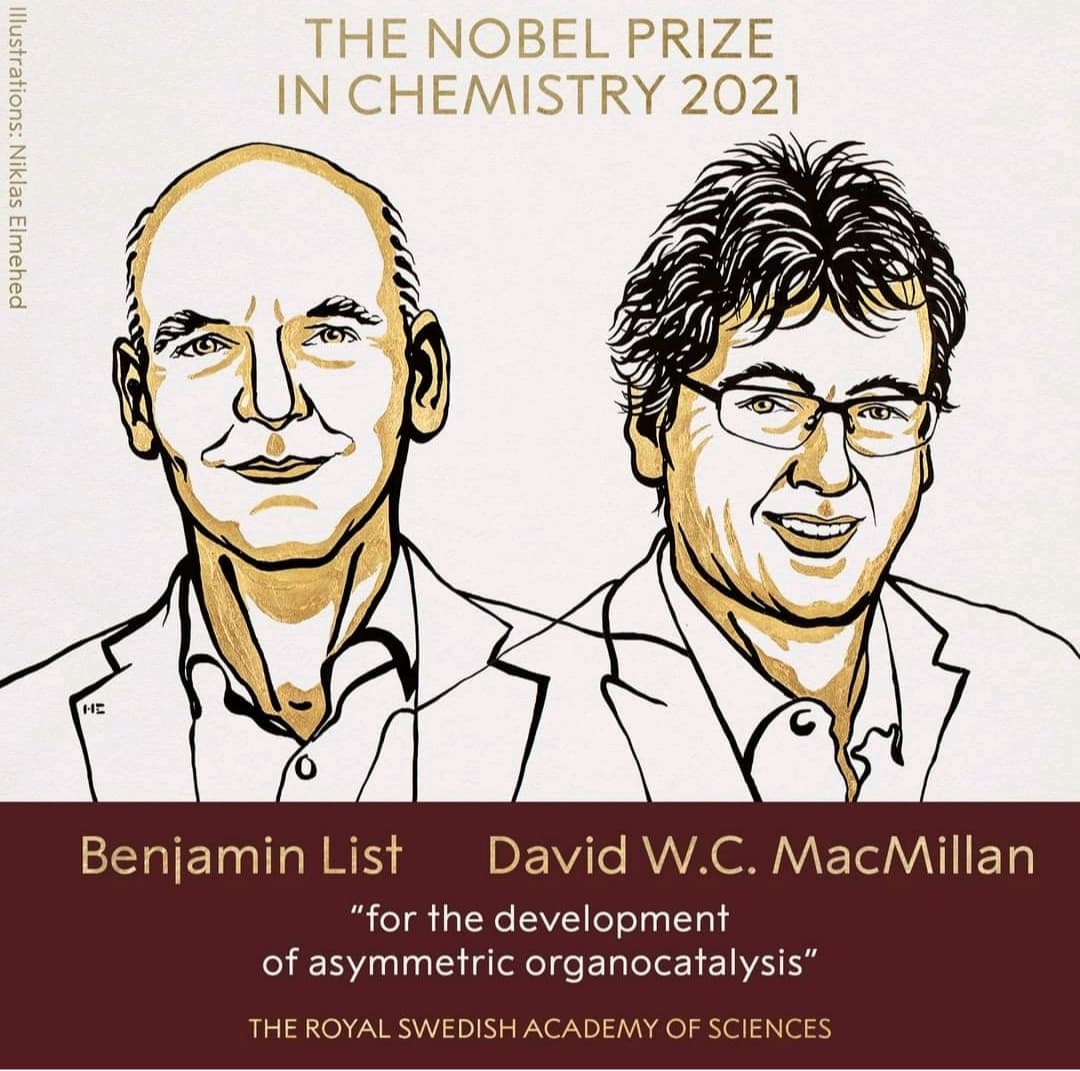 The Royal Swedish Academy of Sciences has decided to award the 2021 Nobel Prize in Chemistry to Benjamin List and David W.C. MacMillan “for the development of asymmetric organocatalysis.”

Building molecules is a difficult art. Benjamin List and David MacMillan are awarded the Nobel Prize in Chemistry 2021 for their development of a precise new tool for molecular construction: organocatalysis. This has had a great impact on pharmaceutical research, and has made chemistry greener.

Many research areas and industries are dependent on chemists’ ability to construct molecules that can form elastic and durable materials, store energy in batteries or inhibit the progression of diseases. This work requires catalysts, which are substances that control and accelerate chemical reactions, without becoming part of the final product. For example, catalysts in cars transform toxic substances in exhaust fumes to harmless molecules. Our bodies also contain thousands of catalysts in the form of enzymes, which chisel out the molecules necessary for life.

Catalysts are thus fundamental tools for chemists, but researchers long believed that there were, in principle, just two types of catalysts available: metals and enzymes. Benjamin List and David MacMillan are awarded the Nobel Prize in Chemistry 2021 because in 2000 they, independent of each other, developed a third type of catalysis. It is called asymmetric organocatalysis and builds upon small organic molecules.

The rapid expansion in the use of organic catalysts is primarily due to their ability to drive asymmetric catalysis. When molecules are being built, situations often occur where two different molecules can form, which – just like our hands – are each other’s mirror image. Chemists will often only want one of these, particularly when producing pharmaceuticals.

Organocatalysis has developed at an astounding speed since 2000. Benjamin List and David MacMillan remain leaders in the field, and have shown that organic catalysts can be used to drive multitudes of chemical reactions. Using these reactions, researchers can now more efficiently construct anything from new pharmaceuticals to molecules that can capture light in solar cells. In this way, organocatalysts are bringing the greatest benefit to humankind.

The reason behind Deepak Nitrite's rally

In three days, the market price of the Indian specialty chemical major, Deepak Nitrite has rallied nearly 21% from 2382.45…