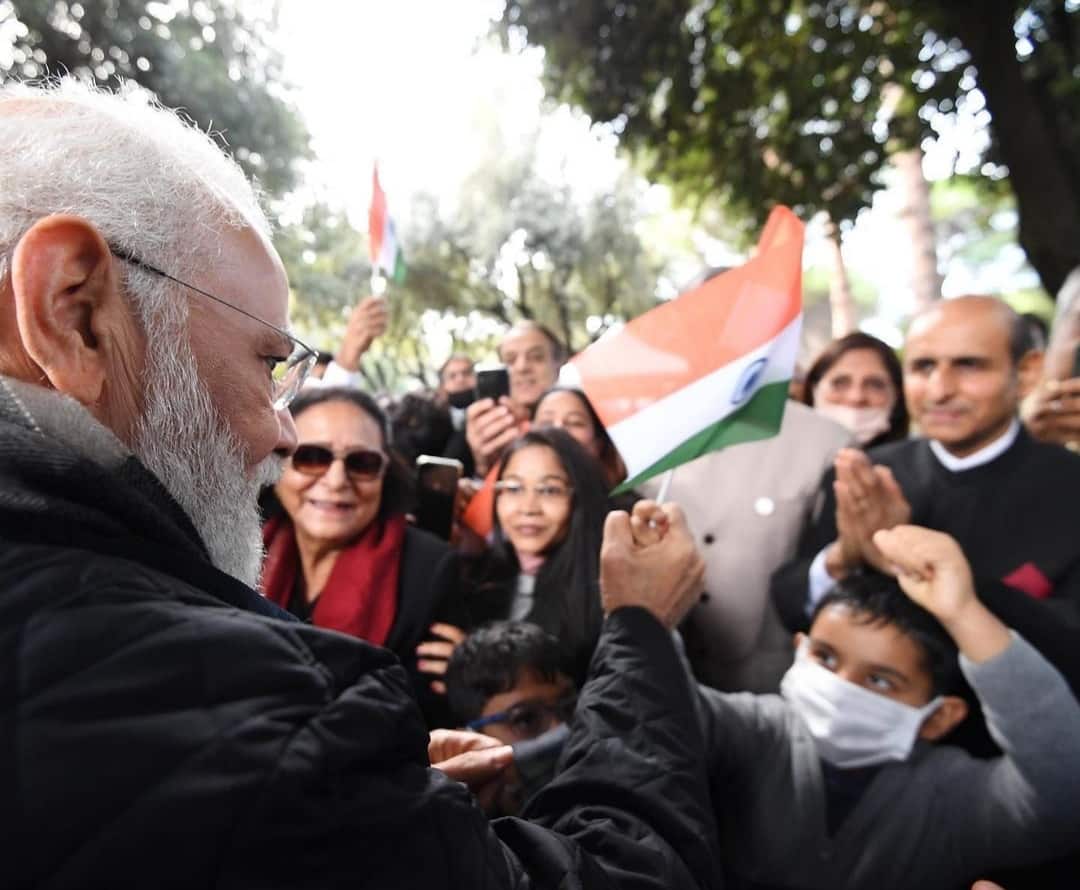 “G-20 has acknowledged India’s Leadership on global concerns and has supported  views of India on a wide array of issues which would come up on the upcoming summit” said Shri Piyush  Goyal while briefing the media after the concluded Ministerial meeting of G 20 Sherpas.

It may be noted that the agenda of the just concluded Sherpas’ meeting to finalize the Rome Declaration will be adopted by the Leaders at the summit.

It may be noted that Prime Minister Shri Narendra Modi has been invited by the Prime Minister of Italy, H.E. Mr. Mario Draghi and has arrived in Rome earlier this morning.

Shri Piyush Goyal has been in Rome for the past 3 days to oversee final preparations for the Prime Minister’s participation in the G20 Summit.

It may be noted that Italy is holding the Presidency of the G20 this year under the theme- ‘People, Planet, Prosperity’ with a focus on:

Speaking to media, Shri Goyal said that India fully supports the priority areas chosen by Italy. He said that the agenda of the just concluded Sherpas’ meeting was to finalize the Rome Declaration, which will be adopted by the Leaders at the G20 Summit.

The Minister said that the G20 has endorsed India’s position that extensive COVID-19 immunization is a global public good and he was happy to get support from G20 colleagues for his suggestion on mutual recognition of travel documents, including testing and vaccine certificates.

On the issue of Sustainable Development and food security, He said that we have insisted that policies must protect interests of small and marginal farmers, conserve local food cultures which in turn will ensure food security

On the issue of post covid Economic Recovery, he said, as co-chairs of the G20 Framework Working Group, India is ensuring that there is no premature withdrawal of support and the most vulnerable sections are provided necessary support. G20 has agreed to extend the Debt Service Suspension initiative till the end of 2021, thereby giving some breathing space to those in need and the vulnerable population around the world

Shri Goyal added that on the issue of Tax Reforms, India has pushed the G20 to address mismatch between source of generation of profits and the jurisdiction where they are taxed. This will ensure that large MNCs pay a minimum effective corporate tax in the country of their operation.

Elaborating more on the deliberations, Shri Goyal said that on Anti-Corruption matters , India as the G20 co-chair of the Anti-Corruption working group this year, has contributed towards the five think pieces related to asset recovery, Information sharing, Law Enforcement Cooperation, Technology & Denial of Safe Haven.

On the issues concerning Women Empowerment -Education & Employment, the Minister for Commerce and Industry Textiles, Consumer Affairs, Food and Public Distribution, said that India supports G20’s emphasis on women’s empowerment. We strongly advocated for the inclusion of language against gender-based violence and supported the new policy framework of G20 on ‘remote working arrangements’

Shri Goyal added that India highlighted the importance of recovery of the Tourism sector especially given the impact of COVID-19 on this sector. India welcomes G20 focus on creative economy and preserving cultural heritage was supported by India

The Minister said that India strongly pushed for the need for balancing the ‘data free flow with trust’ narrative with cross border data flows and accommodating development imperatives of the developing countries. He added that G20’s endorsement of using ‘data for development’ is a matter of great satisfaction.

The Minister emphasised that India’s voice in G20 represents the voice of all developing countries. He said that it was following PM Modi’s suggestion to the Saudi Leadership in 2020 that, G20 convened an extraordinary Summit on the COVID-19 situation last year.

This year, Italy convened a special summit to leverage the G20’s influence in addressing the humanitarian crisis in Afghanistan. G20 also focused on the respect for human rights and fundamental freedoms, especially the rights of women, children, minorities and vulnerable people in Afghanistan, according to the principles enshrined in the UN Charter and other relevant international instruments.

Shri Goyal said that India is going to take on the G20 Presidency on 1 Dec, 2022-30 Nov 2023 and enter the Troika in December this year and will take leadership on the issues and concerns of developing countries and emerging market economies in the G20 forum.