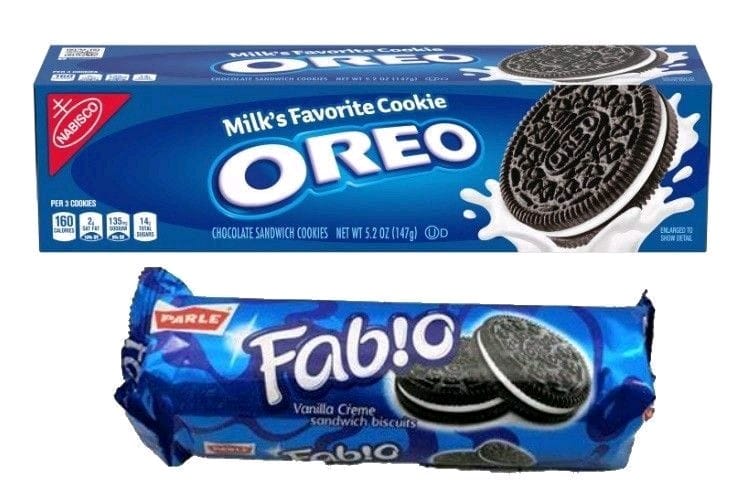 When we say the word Oreo, a specific black round biscuit with design and Oreo mentioned at the center of the biscuit instantly comes to our mind. Also, their famous advertisement “Phle twist Karo, phir lick Karo, phir dip Karo”.

What if I use the same design for my biscuit with a different name. Does it amount to infringement of the trademark?

Indian food company Parle started using the same design as Oreo biscuit for its product “Fabio”. Though the names of both the biscuits are entirely different, Parle has allegedly copied the design of the packaging and its design of the biscuit itself.

Intercontinental Great Brands (Owner of Oreo Biscuit) recently filed a case in Delhi High Court against Parle for copying the design of its Oreo biscuit’s packaging and the product.

Prima facie, the design used by Parle looks deceptively similar to that of the Oreo biscuit and its packaging. It will interesting to see how the court deals with it.

This is not the first case wherein food companies have sued their competitors for violation of trade dress. Last year, Britannia filed a TM infringement case against Future Consumer, alleging it copied the packaging of several of its biscuit brands.

You May Also Like: Upcoming Changes in GSTR-1 You Must Know