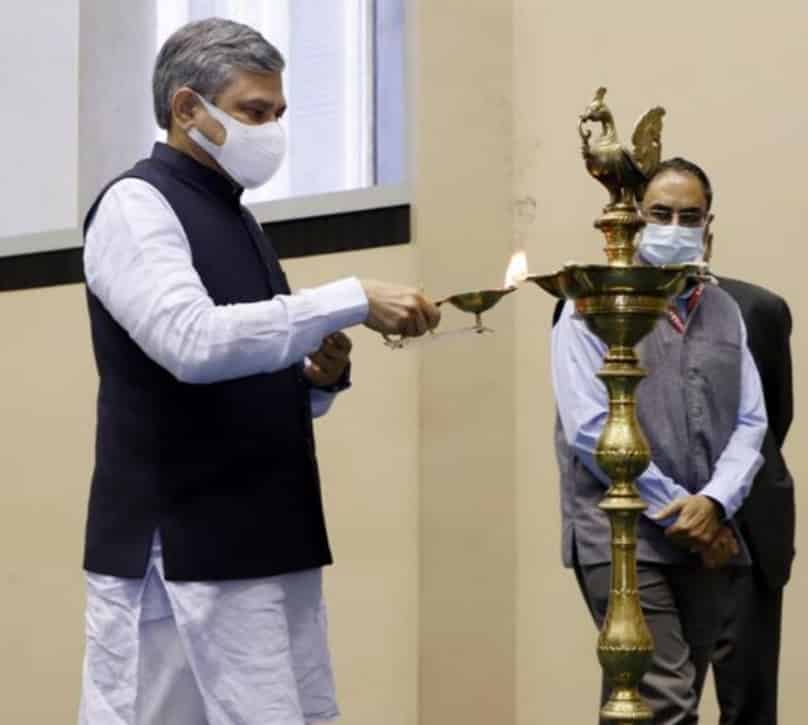 On the occasion, Sh. Ashwini Vaishnaw said that aadhaar has made a fundamental difference in lives of millions of people especially those who are at the bottom of pyramid. It has made a significant difference the way government programs are administered. Adding further to this, Shri Vaishnaw mentioned about the 3 thoughts/ideas that can be deliberated upon. He raised the question about raising the question of having international standards for identification given in the context of globe which is increasingly getting digitalized. Second thought was to make the Aadhaar services more accessible by building technologies and hardware systems around it. Talking about the privacy and legal framework with regards to Aadhaar, the Minister said that today legal framework is settled with Aadhaar Act, Supreme Court judgement and will be further strengthened by Data Privacy Bill.

Addressing on the occasion, Shri Ajay Prakash Sawhney, Secretary, Ministry of Electronics & IT, said that Aadhaar has given identity to large number of people who did not any identity earlier. Aadhaar has shown that a digital identity can be used in several ways than the physical identity can be used. It has been used in range of services and has helped in bringing financial inclusion, broadband and telecom services, direct benefit transfers to the bank account of citizens in a transparent mamanne

In a virtual message played during the inaugural event, Shri Nandan Nilekani, Former Chairman, UIDAI, shared his ideas and message on Aadhaar related aspects. Talking from futuristic perspective, Shri Nilekani highlighted 3 ideas that can be discussed. These includes role of Aadhaar in transformation of electrical grid system that requires discoms to be healthy, for which electricity subsidies to go directly go into the bank accounts of beneficiaries; direct benefit transfers to the forest residents-for preserving biodiversity and forests; and portability of social security systems.

Dr. Saurabh Garg, CEO, UIDAI informed that The Aadhaar 2.0 Workshop is an introspection-cum-exploratory endeavor by UIDAI to analyze the reach of Digital Identity in major reforms and schemes launched by the Government. It also aims to look into various futuristic aspects of Digital Identity to achieve universal inclusion, both social as well as financial.

The 3-days event shall provide an excellent opportunity to exchange ideas & information, promote insightful debates and share experiences about developments and initiatives around the world around Digital Identity among various stakeholders including:

The theme of the workshop series “Aadhaar 2.0 – Ushering the Next Era of Digital Identity and Smart Governance” is considering Aadhaar as a Trusted ID as a platform and method for delivering innovative digital solutions. It also focuses on strategies of Aadhaar that can strengthen and simplify its service delivery. Along with it, the workshop also delivers insights of evolvements and transition of digital ID. It is also an opportunity to focus on rebuilding more inclusive systems that allow society as a whole to be more resilient to future shocks, and safety.

The workshop is divided into eight sessions for deliberations on various topics which are elaborated as:-

Session 2: Digital Identity: A Key to Inclusive Growth and Empowerment

Session 3: Expanding the use of Aadhaar to boost Digital Economy

By: PTI The government on Tuesday listed 26 bills for the upcoming session of Parliament, including one to repeal the…

Latest Notifications Issued By CBIC: Notification No. 15/2021 –Central Tax i) Composite supply of works contract to Govt. Entity or…