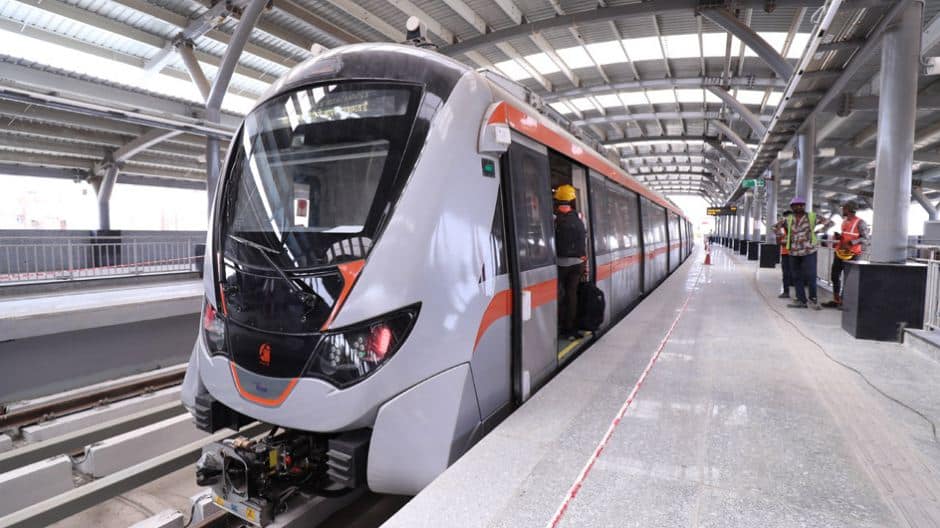 The total cost of the project is Euro 1.50 billion, out of which KfW is financing Euro 442.26 million. The project is being co-financed by French Development Agency, AFD (Agence Française de Développemet). The Agreement with AFD for Euro 250 million was signed on 28.01.2021.

The 40.35 km Surat Metro project aims to strengthen & augment the transport infrastructure of the Surat urban agglomeration. It will relieve traffic congestion and provide integrate town & Land use planning through Transit-Oriented Development. The project also aims at an integrated multi modal transport system in the influence zone of metro corridor to provide first and last mile connectivity and improved access to the metro system. Further, Solar energy shall be harnessed at both Depots of Surat Metro.

The project is envisaged and planned to have a system and transformational impact in terms of a reliable & safer public transport, reduction in traffic congestion & reduction in long delays on major travel corridors in Surat city and urban area by providing integrated mass public transport system. The project shall have a positive impact on the living standards and environs of the city of Surat.

The Delhi Customs on 16th December 2021 seized a consignment of diamonds being sent out of India, having 1,082 carat…