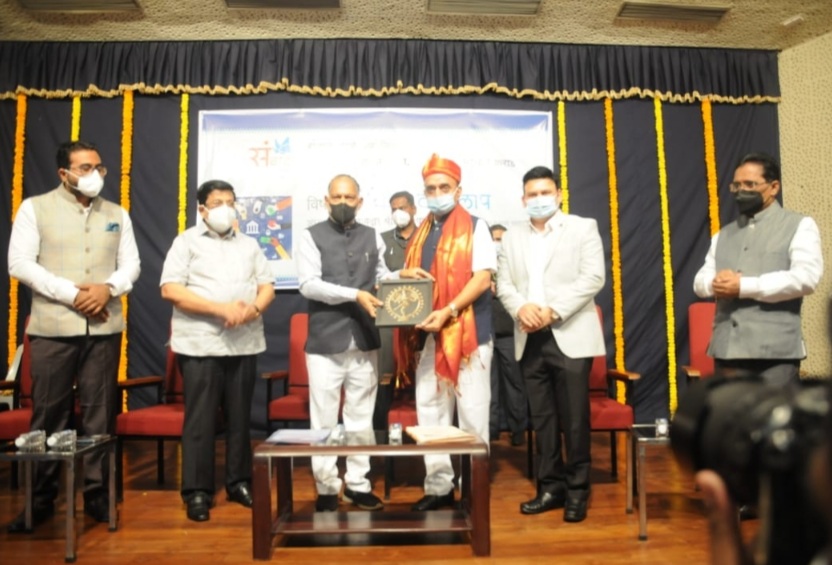 Union Minister of State for Finance Dr Bhagwat Karad said, urban co-operative banks have better reach in rural and urban areas and they are fulfilling the financial requirements of the masses.

Hence, these banks needs to be empowered. He assured all support from the union government for the same. Dr. Karad speaking in a banking symposium organised by ‘Samvad ‘ in Pune today.

Dr Karad further said, Union government is committed towards the development of Cooperative sectors so the Union Cooperation Ministry was formed and the responsibility was bestowed upon to Home minister Shri Amit Shah. Maharashtra has given immense contribution in the field of co-operative movement. Eminent economists like Dhanajanyrao Gadgil, Vainkutha Bhai Mehta, Padmshree Vikhe-Patil and others were pioneers of the cooperative movement. Urban co-operative banks have  prospered and flourished in Maharashtra, he added.

Mr Vidyadhar Anasakar elaborated problems faced by cooperative banks and also spoke about his expectations from the Reserve Bank of India. The programme was attended by directors, CEOs and office bearers of various cooperative banks in Pune and nearby vicinity.

Sovereign Gold Bond scheme 2021-22: Online bidders applying for the bond will get a rebate of ₹50 as issue price…

GST evasion: notices issued, but ‘no record of outcome’