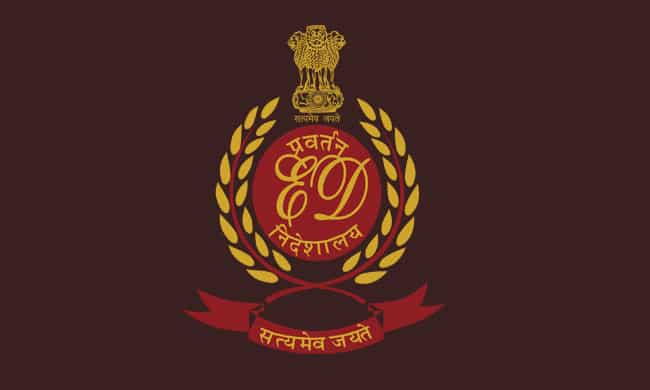 Directorate of Enforcement has seized an additional amount of Rs 131.11 Crore lying in bank accounts and virtual accounts with payment gateways belonging to M/s PC Financial Services Private Limited (NBFC) under the provisions of Foreign Exchange Management Act, 1999 (FEMA). This is in continuation of earlier seizure order dated 26.08.2021 whereby an amount of Rs106.93 Crore was seized.

During the course of money laundering investigation, ED also initiated investigation under FEMA against M/s PC Financial Services Private Limited (hereinafter PCFS), an NBFC company, that provides instant personal micro loans through its mobile application ‘Cashbean’ for suspicious foreign outward remittances. M/s PCFS is a wholly owned subsidiary (WOS) of Oplay Digital Services, SA de CV, Mexico, which is in turn a WOS of M/s Tenspot Pesa Limited, Hong Kong which is owned by M/s Opera Limited (Cayman Islands) and M/s Wisdom Connection I Holding Inc (Cayman Islands), which are ultimately beneficially owned by Chinese National Zhou Yahui. The original Indian Company PCFS was incorporated in 1995 by Indian nationals and got NBFC license in 2002 and after RBI approval in 2018, the ownership moved to the Chinese controlled company.

Investigation further revealed that the foreign parent companies of PCFS brought FDI worth INR 173 Crore for lending business and within a short span of time, made foreign outward remittances worth INR 429.29 Crore in the name of
payments for software services received from related foreign companies. PCFS also showed high domestic expenditure of Rs 941 Crore. Detailed investigation into the foreign expenses paid by the NBFC revealed that most of the payments were made to foreign companies, which are related and owned by the same Chinese Nationals, who own the Opera Group. All foreign service providers were chosen by the Chinese owners and the price of the services was also fixed by them. ED has found that exorbitant payments were blindly allowed by the dummy Indian Directors of PCFS
without any due diligence and on the instructions of the Country Head Zhang Hong, who directly reported to Zhou Yahui r/o China. M/s PCFS remitted forex worth INR 429 Crore to 13 foreign companies located in Hongkong, China, Taiwan, USA and Singapore in the guise of payments for License fee for Cash Bean Mobile APP (~Rs
245 Crore per annum), Software technical fee (of around ~110 Crore), online marketing & advertisement fee (of around ~66 Crore). All these services and applications are available in India at a fraction of the cost incurred by PCFS. Moreover, all the clientele of the NBFC was in India, despite that huge payments were made abroad and no proof of receipt of service is there. Simultaneously, during the same period of time, PCFS also booked domestic expenditure of similar amount under the same heads of expenditure. PCFS management failed to give any justification for these expenses and admitted that all remittances were done to move money out of India and to park it abroad in the accounts of Group Companies controlled by the Chinese promoter.

Hence, M/s PCFS has illegally remitted huge funds outside India in the guise of imports of non-existent software and marketing services to park the funds abroad and hold them in the accounts of related foreign companies. Thus, M/s PCFS has contravened provisions of FEMA, 1999. RBI has been informed about the above contraventions.

Further investigation is in progress.

ED has provisionally attached a residential building worth Rs. 190.62 Crore, located in Mumbai under PMLA, 2002 in a case…

Pride and patriotism, the collective spirit of Indian-ness and the heritage artisanal craft of Khadi, brought the nation together in…