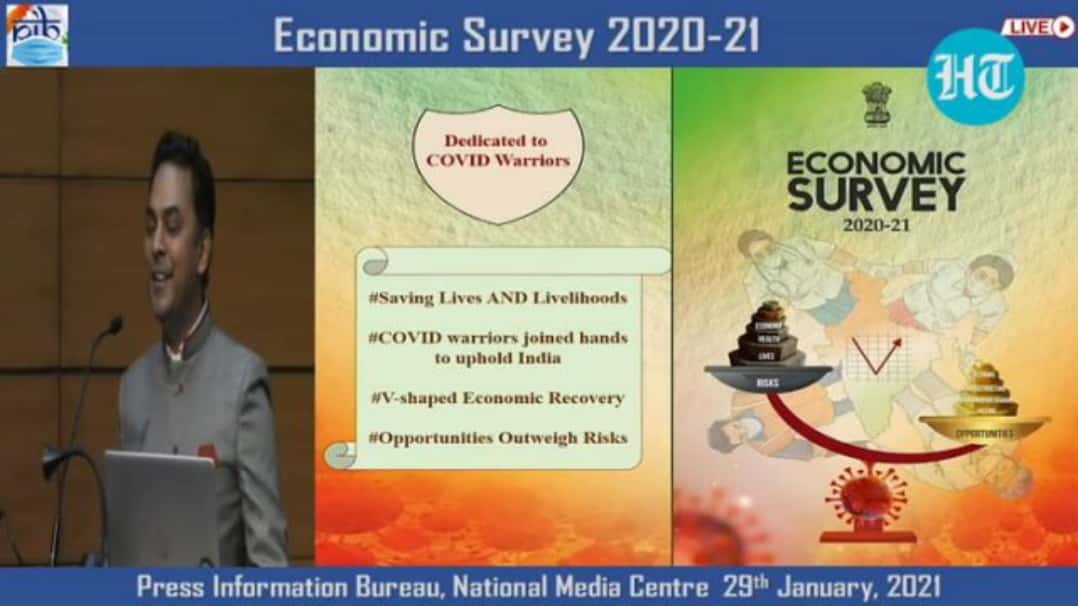 The Economic Survey tabled in the Parliament projects India’s real GDP to record a 11 per cent growth in Financial Year 2021-22 and nominal GDP to grow by 15.4 per cent, the highest since independence. Chief Economic Adviser K. Subramanian said, V-Shaped Recovery is due to Resurgence in High Frequency Indicators such as Power Demand, Rail Freight, E-Way Bills, GST Collection and Steel Consumption.

Illustrating that India’s debt is sustainable, Mr Subramanian noted that even if India were to have the real GDP growth rate as low as 3.8 per cent each year from Financial Year 2023 to Financial Year 2029, the debts will still come down. He said, India has a track record of having adopted expansionary fiscal policy focussed on infrastructure spending and there is a need to replicate the same.

The Economic Survey highlights potential of public investment, especially in a slowdown. It called for fiscal policy to support growth and stressed the need for rethink in fiscal rules.

The Chief Economic Adviser said, India must continue to focus on growth, so that we expand the pie, enabling redistributive policies that lift people out of poverty. He said, small levels of increase in public spending on health care can have a non-linear impact and result in a very large decrease in out-of-pocket expenditure by typical families on health care.

The CEA said, Economic Survey shows Ayushman Bharat has led to improved health outcomes saving lives and livelihoods and resulting in various direct and spillover effects. India is to become the Fastest Growing Economy in next two years as per the International Monetary Fund (IMF). India is to have a Current Account Surplus of two per cent of GDP in financial year 2021, a historic high after 17 years.