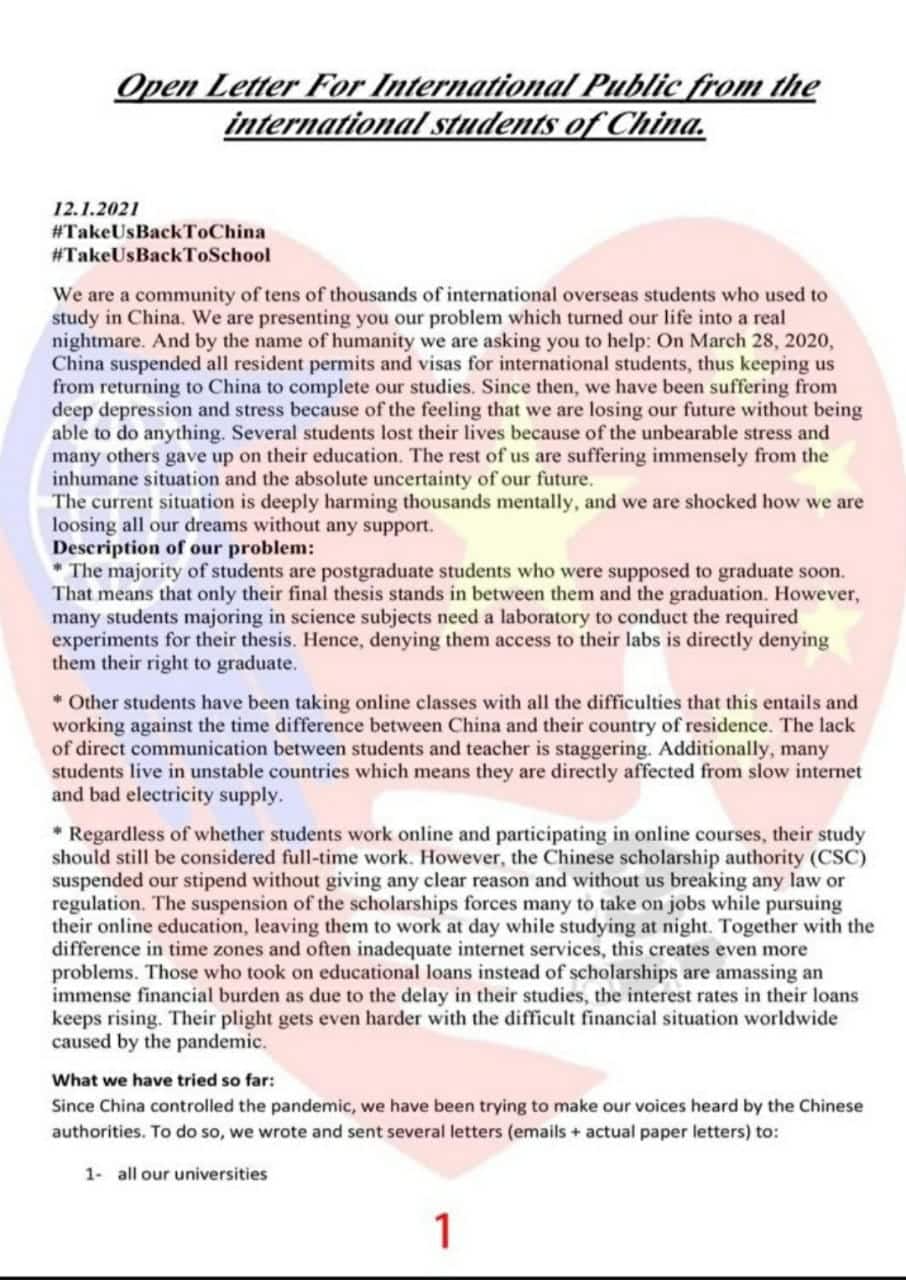 Tens of thousands of international students waiting for the last one year to return to their universities in China have written an open letter to the Chinese government demanding a clear schedule for their phase wise return to their campuses.

The letter posted on Facebook claimed to be signed by tens of thousands of overseas students demanded that their case may be treated like an education emergency and they be allowed to come back like other international travelers and business people as it’s been more than a year of uncertainty. They said, it’s practically not possible to continue the studies in online mode due to lack of lab experiments, issues related to time zone differences, lack of direct communication between teachers and students, slow internet and bad electricity supply in many countries. They said their scholarship has also been suspended by Chinese Scholarship Authority, without giving any reason and without them breaking any regulations which has also caused great difficulty to many.

Those who took educational loans instead of scholarships are amassing an immense financial burden due to delay in their studies. As mentioned in the open letter, they have written several emails and sent many letters in hard copy to various Chinese authorities but till now, they have not received any official news. They said they are ready to follow all the COVID regulations of Chinese government.

Chinese Foreign Ministry without giving any clarity said that China attaches high importance to the protection of rights of the overseas students. Chinese universities are required to handle their legitimate concerns. The ministry said, China will handle that matter in a coordinated and overall manner. It said, we have to take into account many factors and priority for us is to join hands to fight against the COVID-19.