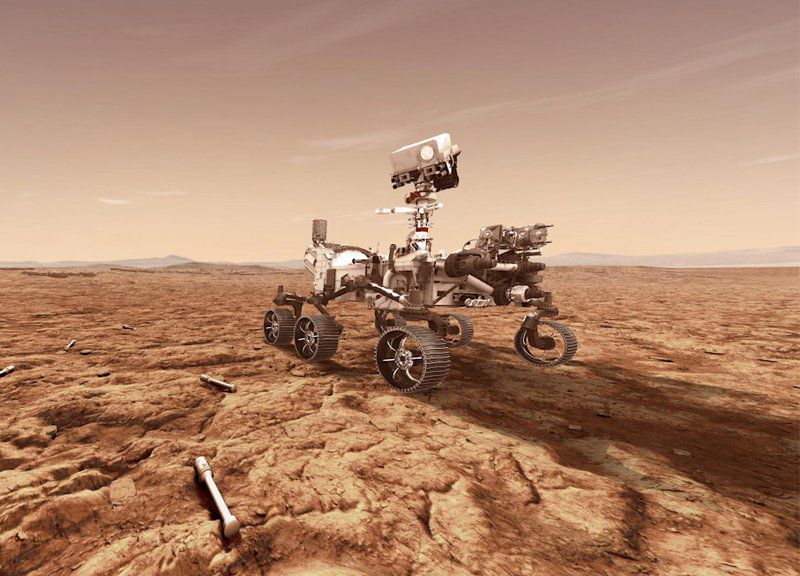 The American space agency NASA successfully landed its  fifth rover ‘Perseverance’ on Mars in a deep crater near the planet’s equator called Jezero. It touched down the surface of Mars after successfully overcoming a risky landing phase known as the seven minutes of terror. The six-wheeled vehicle will now spend at least the next two years drilling into the local rocks, looking for evidence of past life.

About the size of an SUV, it weighs a ton, is equipped with a seven feet long robotic arm, has 19 cameras, two microphones and a suite of cutting-edge instruments to assist in its scientific goals. It has a laser spectrometer on board that will be able to examine rocks using different wavelengths of energy. Starting from summer, it will attempt to collect around 30 rock and soil samples in sealed tubes, to be eventually sent back to Earth sometime in the 2030s for lab analysis. The rover is only the fifth ever to set its wheels down on Mars. This feat was first accomplished in 1997 and all so far have been American.

9th Round of India-Japan Consultations on Disarmament, Non-Proliferation and Export Control held virtually