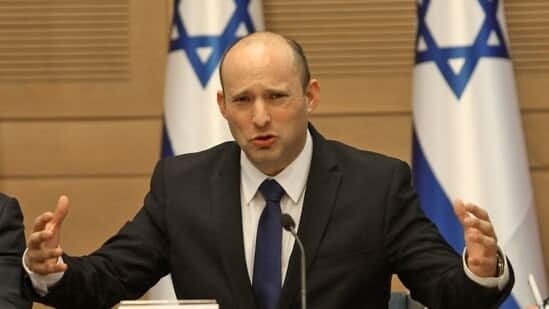 Naftali Bennett was sworn-in as the new Prime Minister of Israel last night, after winning a confidence vote with the narrowest of margins, just 60 votes to 59. His victory ended the 12-year power of former prime minister Benjamin Netanyahu, the country’s longest-serving leader.

Former defence minister and high-tech millionaire, Bennett, a 49-year-old leader of the right-wing Yamina party, took oath of office after the Israeli parliament Knesset elected him as the 13th Prime Minister by a 60-59 vote in the 120-member house. One lawmaker abstained. The Knesset last night voted on the new coalition government led by Mr. Bennett. His government has 27 ministers, nine of them women.

Mr Bennett will be prime minister until September 2023 as part of a power-sharing deal. He will then hand power over to Yair Lapid for a further two years. Mickey Levy of the Yesh Atid party was elected as the speaker of Parliament with the support of 67 lawmakers. 71 year old Netanyahu, the most dominant politician of his generation will remain head of the right-wing Likud party and become leader of the opposition.

The Prime Minister in another tweet said, “As you complete your successful tenure as the Prime Minister of the State of Israel, I convey my profound gratitude for your leadership and personal attention to India-Israel strategic partnership @netanyahu.”