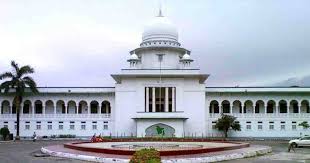 The Software has been developed with ‘EkStep’ foundation of India. It is based on their ‘Anuvaad’ translation software used in India to translate from English to Indian languages including Bangla. Anuvaad was deployed by the Supreme Court of India as SUVAS (Supreme Court Vidhik Anuvaad Software) from November 2019. High Commissioner of India Vikram Doraiswami said that India is honoured to partner in the development of such a unique translation software designed in India and shared on a gratis basis. According to a press release issued by the Indian High Commission in Dhaka, the High Commissioner further said that this collaboration was possible as Bangla was one of the recognised languages of India.

The High Commissioner appreciated the recent efforts by the Supreme Court of Bangladesh in integration of technology for smooth dispensation of justice in Bangladesh such as setting up e-courts during the pandemic.