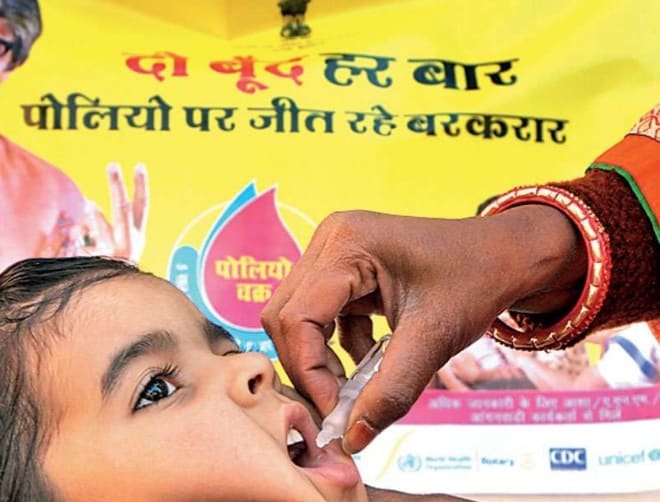 The countrywide Pulse Polio Programme for 2021 began on 31st January. President Ram Nath Kovind launched the programme on the eve of the Polio National Immunization Day by administering polio drops to children less than five years old at Rashtrapati Bhawan yesterday. The day is also popularly known as Polio Ravivar.

Union Health Minister Dr Harsh Vardhan said, Polio-free certification of the entire South-East Asia Region of WHO including India on the 27th of March 2014 was a huge accomplishment in the history of India and Global Public Health. However, the Union Health Minister stressed on the  need to remain vigilant and maintain the population immunity against polio with sensitive surveillance till global polio eradication happens. He said,  poliovirus is still circulating in other parts of the world including our neighbouring countries which may re-infect us.

Dr Vardhan  said, The Universal Immunization Programme is focusing on protecting children from more diseases than ever before and has introduced several new vaccines in the recent past. He said, to provide additional protection to the  children, the Government of India has also introduced  injectable Inactivated Polio Vaccine into its routine immunization program.