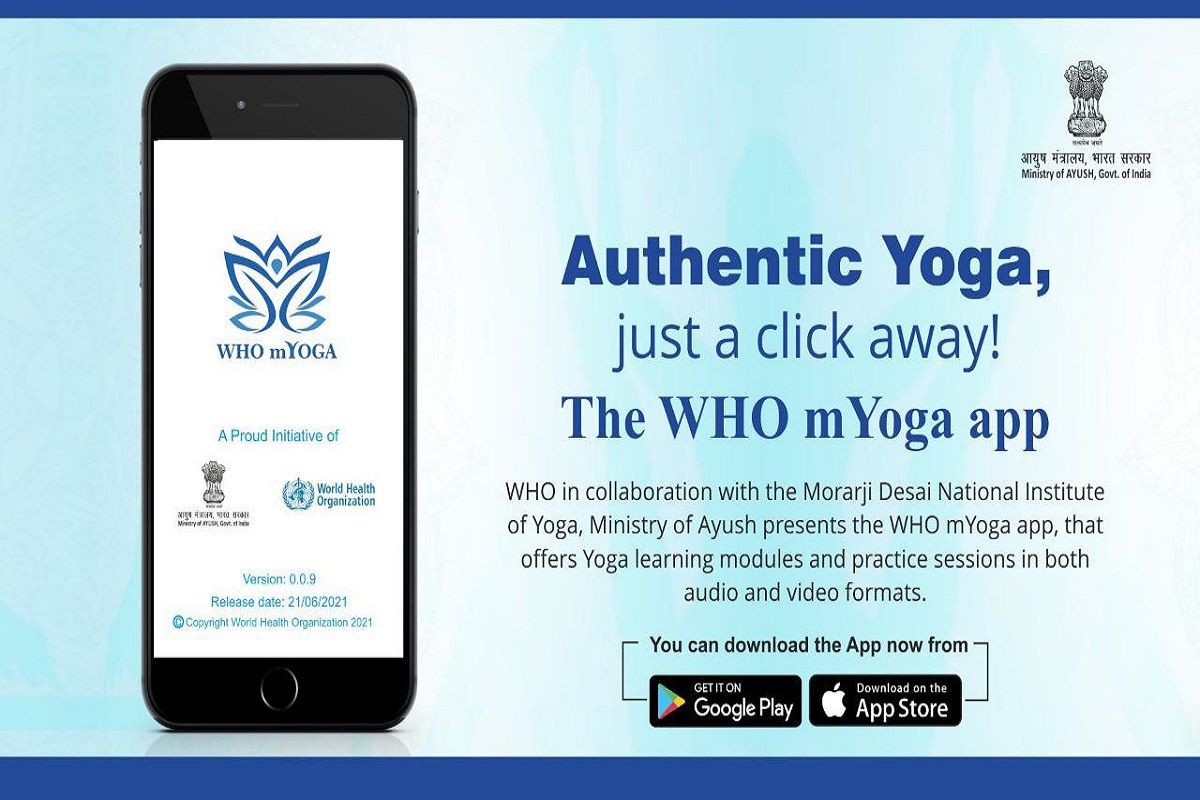 The Prime Minister of India, Shri Narendra Modi while addressing on the occasion of 7th International Day of Yoga launched ‘WHO M-Yoga’ App. M-Yoga app will provide many videos of Yoga training and practice based on common Yoga protocol in many languages.

The Prime Minister said: “When India proposed the International Day of Yoga in the United Nations, the spirit behind it was to make this Yoga science accessible to the entire world. Today, India has taken another important step in this direction along with the United Nations and WHO. Now the world is going to get the power of the m-Yoga app. In this app, many videos of Yoga training will be available in different languages of the world based on the common Yoga protocol. It is also a great example of the fusion of modern technology and ancient science. I am sure the m-Yoga app will play a big role in expanding Yoga across the globe and making the efforts of One World, One Health a success.”

This mobile app will be immensely helpful in the promotion of Yoga and wellness among people around the world, especially during the ongoing pandemic. It will play an instrumental role in re-rehabilitation of the health of the Covid patients who have recovered from Covid-19, the Prime Minister said.

Background: The Ministry of AYUSH and the World Health Organization (WHO) had jointly undertaken a project in mid 2019, focussingon

mobile-Yoga. It envisaged the concept of the ‘Be Healthy, Be Mobile’ (BHBM) under the United Nations Sustainable Development Goals to achieve Universal Health Coverage by 2030. Be Healthy, Be Mobile (BHBM) initiative is a global partnership led by WHO which supports the scale up of mobile health (m-Health) technology within the scope of the National Health system to combat non-communicable diseases (NCDs).

In order to achieve the above objectives, a memorandum of understanding was signed in July, 2019 between WHO and the Ministry of AYUSH. The m-Yoga project focused on four areas: (1) Common Yoga Protocol for General Wellness;  (2) Yoga for mental health and resilience;  (3) Yoga for Adolescents; and (4) Yoga for pre – Diabetics. Building upon this, a requisite handbook and mobile applications were to be developed by Morarji Desai National Institute of Yoga (MDNIY) in consultation with the WHO technology partners.

The work on the handbook is in the final stages and the currently launched app is available in two of the six official languages of the UN i.e English and Hindi. In this work, Morarji Desai National Institute of Yoga (MDNIY) played a pivotal role to facilitate preparation of Common Yoga Protocol for General Wellness of various duration(45 minutes, 20 minutes and 10 minutes), Common Yoga Protocol booklets, video shoots, their translations in 6 major UN languages and designs of the booklets under the directives of Ministry of AYUSH, GOI.