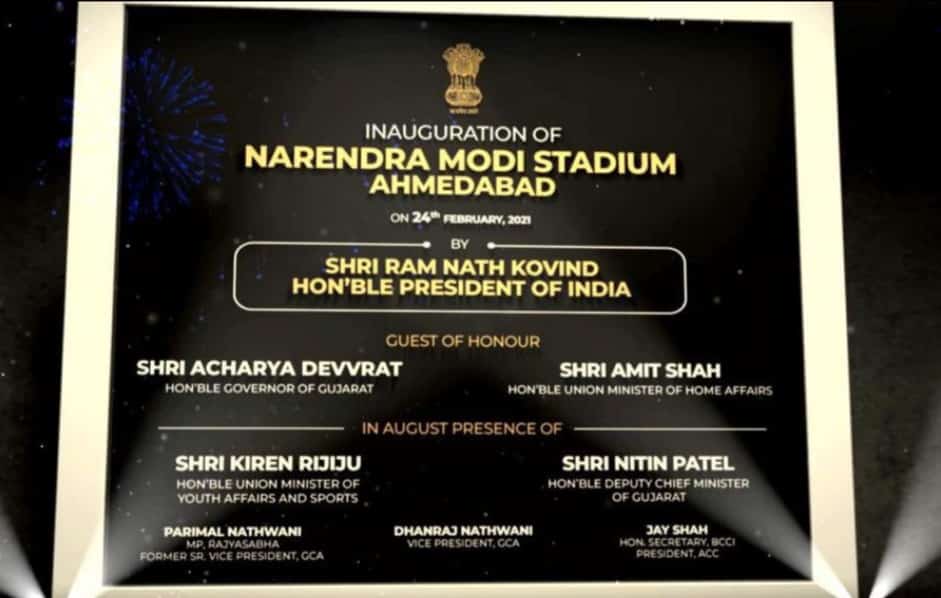 On the occasion, Union Home Minister Amit Shah announced that the newly constructed stadium will be known as the Narendra Modi Cricket Stadium. He said, Ahmedabad has become the world class sports hub with infrastructure that can host any international sports event with a short notice. He said that Narendra Modi Cricket Stadium at Motera, Sardar Patel Sports Enclave and another sports complex in Naranpura area of Ahmedabad will be the part of this sports infrastructure.