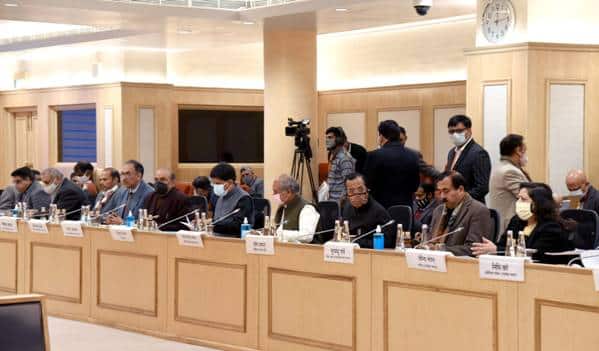 The ninth round of talks between the Central Government and farmer unions was held in New Delhi on Friday.  Speaking to the media after the talks, Agriculture Minister Narendra Singh Tomar said, no conclusive decision was taken in the meeting and the next round of talks will be held on the 19th of January.

Saying that the talks were held in a cordial atmosphere, Mr Tomar hoped that a consensus would be arrived at soon. He added that  the government suggested to farmer unions to form informal groups to finalise concrete proposals that can be discussed further at formal talks.Bhartiya Kisan Union President Bhupinder Singh Mann, Shetkari Sanghatana, Maharashtra President Anil Ghanwat, International Food Policy Research Institute’s Pramod Kumar Joshi and Agriculture Economist Ashok Gulati were appointed on the panel. Yesterday Mr Mann recused himself from the four-member committee.