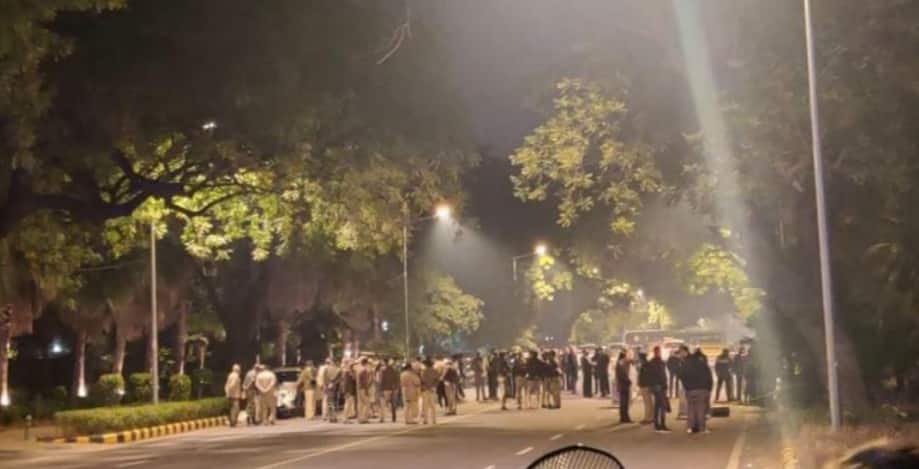 A low-intensity explosion took place near the Israel Embassy in the heart of Lutyens’ Delhi today evening. The Delhi Police said the blast took place near the pavement and that the windscreens of three cars nearby have been damaged. No injuries have been reported. Shortly after the blast, the Central Industrial Security Force (CISF) has issued  at all airports, important installations and government buildings.

The fire department received the call at 5.11 pm as the Beating Retreat ceremony was going on at Rajpath a few kilometres away. The embassy is located on APJ Abdul Kalam Road. An Improvised Explosive Device (IED), placed inside a flower pot on the road divider, is suspected to be the cause of the blast. It appears that it was thrown from a moving vehicle, said police sources.