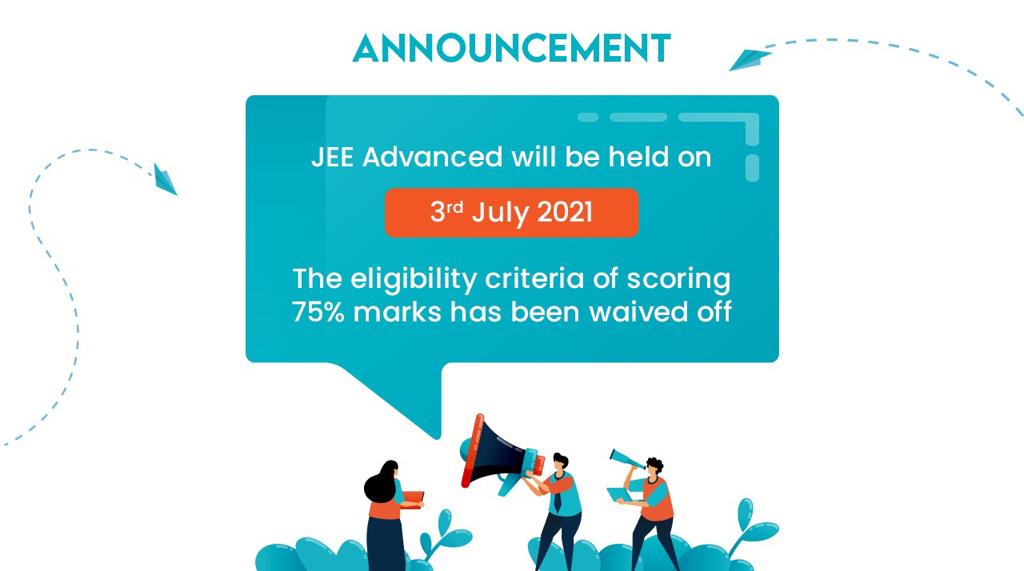 It is to be noted that recently, the Union Education Minister had announced the 10th and 12th class exam dates of CBSE Board which will start from May 4 and end on June 10. The exam results will be declared on July 15. Last month itself, the Education Minister also announced that from 2021, the JEE-Mains (Joint Entrance Examination-Mains) examination will be held four times a year. The four sessions will be held in February, March, April and May. The first session of the JEE Mains exam will be held from 23 February to 26 February 2021.

After careful consideration, it has been decided that #JEEAdvanced will be held on 3rd July 2021 and the eligibility criteria of scoring 75% marks has been waived off for the ease of students. pic.twitter.com/f8WgrNeOhR