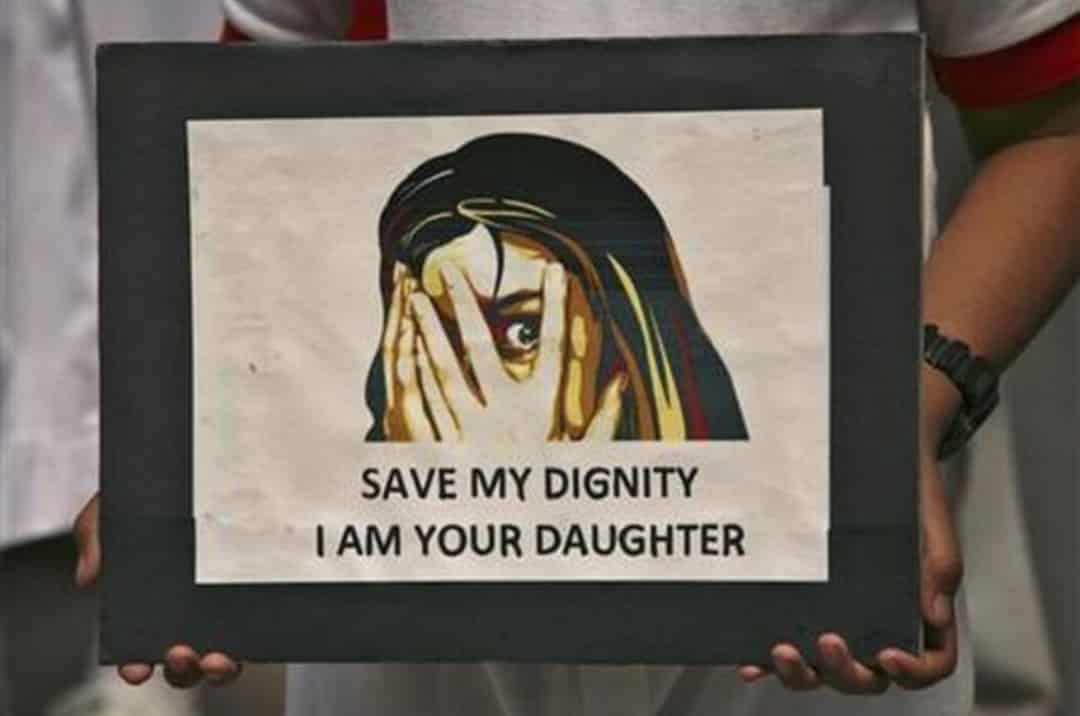 The Bombay High Court (Nagpur Bench) has held that the act of holding a minor girl’s hands and opening the zip of pants will not come under the definition of “sexual assault” under the Protection of Children from Sexual Offences Act 2012. However, the Court held that such acts would amount to “sexual harassment” under Section 354-A(1)(i) of the Indian Penal Code.

This decision was given by a single bench of Justice Pushpa Ganediwala in a criminal appeal filed against the conviction and sentence awarded to a 50-yearold man for molesting a 5-year-old girl (Libnus v State of Maharashtra).

The offence was committed against a child aged below 12 years, the Sessions Court held it to be “aggravated sexual assault” punishable under Section 10 of POCSO and sentenced him to 5 years rigorous imprisonment and fine of Rs. 25,000 with a default simple imprisonment for 6 months.

The case was registered on the basis of the complaint lodged by the mother of the girl, who said that she saw the accused, whose pants zip was opened, holding the hands of her daughter. She further testified that her daughter informed her that appellant/accused removed his penis from the pant and asked her to come to the bed for sleeping.

While considering the appeal, the High Court noted the definition of “sexual assault” under Section 7 of the POCSO as “Sexual assault” Whoever, with sexual intent touches the vagina, penis, anus or breast of the child or makes the child touch the vagina, penis, anus or breast of such person or any other person, or does any other Act with sexual intent which involves physical contact without penetration is said to commit sexual assault”.

The Court observed that as per the definition of ‘sexual assault’, a ‘physical contact with sexual intent without penetration’ is essential and significant part for the offence.

Since no actual touching of the private parts of the body happened in the case, the High Court considered if the act will come under the ambit of the third part of the definition- “any other Act with sexual intent which involves physical contact without penetration”.

The Court said that the words “any other act” should be interpreted ejusdem generis with the beginning portion of the definition (Ejusdem generis is a principle of statutory interpretation which says that meaning of general words which follow a specific word is limited by the meaning of the special words).

On this basis, the Court said the acts of ‘holding the hands of the prosecutrix’, or opened zip of the pant’ as has been allegedly witnessed, in the opinion of this Court, does not fit in the definition of sexual assault. According to POCSO, sexual assault, when committed against a child aged less than 12 years, it will become ‘aggravated sexual assault’ under Section 9, which is punishable under Section 10.

Considering the fact that the offence of aggravated sexual assault has a minimum sentence of five years imprisonment, the court said that allegations are not sufficient to fix criminal liability on the accused for that offence under Section 10 POCSO.

The Court however held that the offence of sexual harassment under Section 354A(1)(i), which deals with “physical contact and advances involving unwelcome and explicit sexual overtures”, is attracted in the case.

Therefore, the conviction under Sections 8, 10 and 12 of POCSO Act was set aside and the accused was found guilty under Section 354A(1)(i) IPC, which carries a maximum imprisonment of 3 years.

The Court held that the 5 months imprisonment already underwent by the accused was sufficient punishment for the offence.

“Considering the nature of the act, which could be established by the prosecution and considering the punishment provided for the aforesaid crimes, in the opinion of this Court, the imprisonment which he has already undergone would serve the purpose”, the court said.

In another judgment, the same judge held that direct skin to skin touch was necessary for sexual assault under POCSO. That was a case where the accused had groped the breasts of a 12-year-old girl without removing her clothes (Satish v State of Maharashtra).

“Considering the stringent nature of punishment provided for the offence (under POCSO), in the opinion of this Court, stricter proof and serious allegations are required. The act of pressing of breast of the child aged 12 years, in the absence of any specific detail as to whether the top was removed or whether he inserted his hand inside top and pressed her breast, would not fall in the definition of ‘sexual assault'”, the court held.

However, the Court held the accused in that case guilty for the offence of ‘outraging the modesty of woman’ under Section 354 IPC, which carries a lesser sentence when compared to Section 8 of POCSO. “Sexual assault” under section 8 of the POCSO Act would attract a minimum punishment of three years as compared to outraging of a woman’s modesty under section 354 of the IPC, which attracts a minimum punishment of only a year. Both the offenses carry a maximum imprisonment of five years.

In my opinion the interpretation of act is not done in way it should be done. Act clearly specify about sexual assault and What is sexual assault which is cover under POSCSO. And we should not forget that we are taking about Sexual assault it should be done by merely touching. Every detail should not be specified or describe under the act some things come under commonsense, wisdom and vison of understanding. The intension of legislature is to provide safety and security to children and women and if any person does any such act which put in danger the security of them, then such person shall be punishable under POCSO.

At last, I just want to say that there is act for every offense but as a system we fail to provide justice.

Read more at The Companies Act 2020