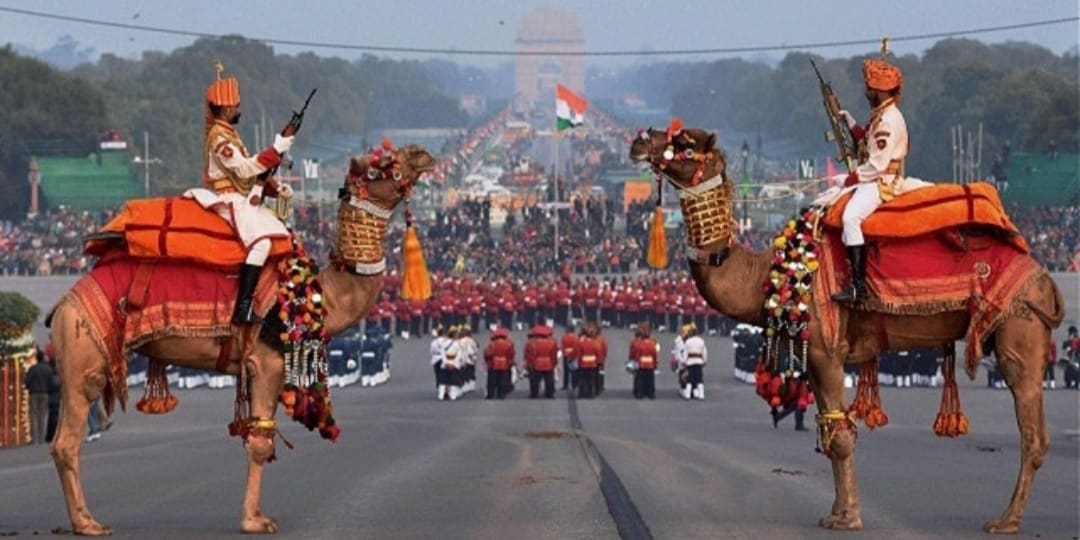 Beating the Retreat ceremony, marking the culmination of four-day long Republic Day celebrations was held at the historic Vijay Chowk in New Delhi this evening. This year also, Indian tunes were the flavour of ‘Beating the Retreat’ ceremony. President Ram Nath Kovind, Vice President M. Venkaiah Naidu, Prime Minister Narendra Modi, Defence Minister Rajnath Singh, Chief of Defence Staff and Chiefs of the three services were present at the ceremony among others.

Beating Retreat is a centuries-old military tradition dating from the days when troops disengaged from battle at Sunset. As soon as the buglers sounded the retreat, the troops ceased fighting, sheathed their arms and withdrew from the battlefield.

It is for this reason that the custom of standing still during the sounding of retreat has been retained to this day. Colours and standards are cased and flags lowered at retreats. Drumbeats are recall of the days when troops, billeted in towns and cities were recalled to their quarters at an appointed time in the evening. Based on these military traditions, the ceremony of Beating Retreat creates a mood of nostalgia of the times gone by.