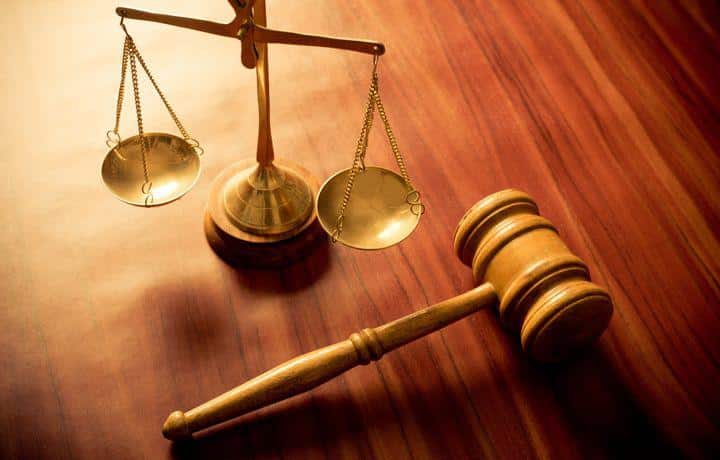 Four persons, including two brothers, Swaran Singh and Amar Singh, both of whom have since died and are represented by their legal representatives, had constituted a partnership firm – Guru Nanak Industries, on 2nd May 1978.

On 6th May 1981, a fresh partnership deed was executed between Swaran Singh and Amar Singh as the other two partners had resigned. The partnership firm was primarily in the business of manufacture and sale of print machinery for paper, polythene etc.

On 29th March 1989, Guru Nanak Industries and Swaran Singh filed a civil suit against Amar Singh claiming that the latter had retired from partnership with effect from 24thAugust 1988 and had voluntarily accepted payment of his share capital of Rs.89, 277.11. Amar Singh had agreed that he would not be entitled to profits and liabilities of the firm. In support, reliance was placed upon intimation dated 5thOctober 1988 sent by Amar Singh to Bank of India, the bankers of the partnership firm. It was stated that Amar Singh was paid amounts of Rs.1,00,000/- and Rs.50,000/- by way of pay orders and another amount of Rs.1,00,000/- in cash for which he had executed receipt dated 17th October 1988.

Amar Singh oppose the suit and on 29thApril 1989, filed a suit for dissolution of partnership and rendition of accounts. The plea and contention of Amar Singh was that he had never resigned.

The trial court dismissed the suit filed by Amar Singh and partly decreed the suit filed by Guru Nanak Industries and Swaran Singh primarily by relying upon letter dated 24th August 1988 and also the receipt dated 17th October 1988 observing that there is discrepancy in the two versions given by Amar Singh, the first version being that his signature on the letter dated 17th October 1988 was forged and the second version being that the receipt had been manipulated by adding the last sentence.

Issue in a case

Whether the Plaintiff was entitled to gain any profit from the firm?

The primary claim and submission of the appellants is that Amar Singh had resigned as a partner and, therefore, in terms of clause (10) of the partnership deed (Exhibit P-3) dated 6 th May 1981, he would be entitled to only the capital standing in his credit in the books of accounts. However, the argument was rejected as in the present case there were only two partners and there is overwhelming evidence on record that Amar Singh had not resigned as a partner. On the other hand, there was mutual understanding and agreement that the partnership firm would be dissolved.

The court held that the case old and Swaran Singh and Amar Singh have expired. The evidences revealed that the Amar Singh has set his own business. Therefore, court gave one more opportunity to the parties to appear before the Supreme Court Mediation and
Conciliation Centre to explore possibility of a settlement. However, in case of no settlement within a period of three months, the matter would proceed before the trial court for passing of the final decree, in accordance with law.

Therefore, in view of the aforesaid discussion, we dismiss the appeals and uphold the judgment and decree dated 24th September 2004 passed by the Additional District Judge, Faridabad and sustained by the High Court, except that the date of dissolution of the firm would be taken as 24th August 1988 and not 31st of March 1989.

Counsel for the appellants, at the time of arguments, had expressed desire of the appellants to settle the matter with the respondents – legal heirs of the Amar Singh. He had prayed for four weeks’ time. It appears that settlement has not been possible. The case is rather old and Swaran Singh and Amar Singh have expired. Primarily it is a money matter where the accounts have to be settled and payment etc. has to be made by the legal representatives of Swaran Singh. The case record also reveals that Amar Singh had set up his own business in September-October 1988 in the name of Guru Nanak Mechanical Industries, similar to the name of the partnership firm. Swaran Singh had not objected. We would, therefore, give one more opportunity to the parties to appear before the Supreme Court Mediation and Conciliation Centre to explore possibility of a settlement. However, in case of no settlement within a period of three months, the matter would proceed before the trial court for passing of the final decree, in accordance with law.