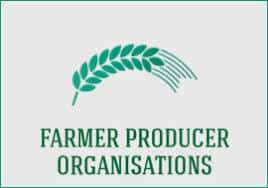 These rules shall apply to a Producer Company as referred in clause (l) of section 378A.

Rule 4. Change of place of registered office from one State to another.-

The rules 27, 30 and 31 of the Companies (Incorporation) Rules, 2014, including the forms stated therein shall be applied for the purpose of change of place of registered office of a Producer Company from one State to another.

A Producer Company shall make investments from and out of its general reserves in any one or in combination of the following, namely:-

Disclaimer: Every effort has been made to avoid errors or omissions in this material. In spite of this, errors may creep in. Any mistake, error or discrepancy noted may be brought to our notice which shall be taken care of in the next edition. In no event the author shall be liable for any direct, indirect, special or incidental damage resulting from or arising out of or in connection with the use of this information