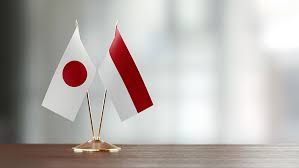 Japan and Indonesia have signed a deal enabling exports of Japanese made defence equipment to the Southeast Asian country. The agreement on the transfer of defence equipment and technology was signed in Tokyo to boost cooperation between the two countries. It came after the foreign and defence ministers of Japan and Indonesia met in Tokyo. Japanese Prime Minister Yoshihide Suga expressed hope that the pact will be the foundation of further security cooperation between the two countries.