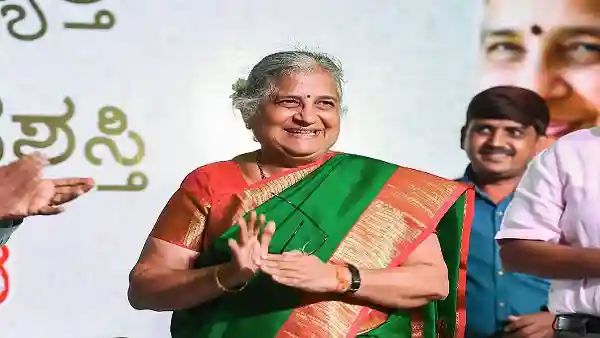 Sudha Murthy, a social entrepreneur, writer, teacher and wife of IT doyen NR Narayana Murthy, has still not forgotten the time in 1981 when she handed over her savings of Rs10,000 to her husband. With that money, Murthy and six other engineers together founded Infosys on July 7, 1981.

Addressing the media, Sudha Murthy said, “The first headquarters was our house in Pune, near Deccan Gymkhana.”

“For us, it was not just a brand or a company, but a thought to change India’s future with software.

My husband and the other co-founders thought it was a legal and ethical way to become prosperous,” Sudha said.

Infosys, on its 40th anniversary, it has a market capitalisation of approximately $79.74 billion and employs more than 2.5 lakh people worldwide. The company’s journey has been both challenging and eventful. And, right from the start, it is teamwork that helped Infosys face the challenges.

The challenges to start a company, especially an IT company, in India during the 1980s were aplenty. For instance, importing a computer required multiple visits to Delhi. Bank officials were reluctant to lend to a software business, as they were unaware of it. Getting even a telephone connection took several years.

“On every count, we had lots of friction to do business during the first decade of the company,” says Sudha. “Getting the first customer was very challenging. Brand India did not have a good image outside then. People were very sceptical about any software developed in India. We gradually overcame all those problems through our determination, hard work, discipline and optimism.”

Sudha recalls another anecdote from the early days. “My husband believed that whatever be the financial situation of the company, we should be able to pay our employees on time,” she says.

“At the end of every month, the client used to give us a cheque. Once it so happened that there was a delay of a few days. We needed around Rs20,000 to pay the salaries. So, I went to a bank for a loan. I told them they could keep my jewellery as mortgage. The bank officials laughed at me and said that they cannot give money just like that as they have to check for the genuineness of the jewellery,” she added.