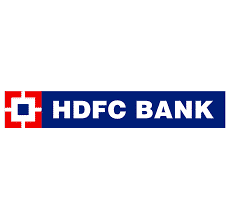 A closer look at the first quarter (April-June) numbers of India’s largest private lender shows that the resurgence of COVID-19 has taken a toll on its books. Business growth has slowed down. There is abundant caution over the selection of new loans, including retail assets.

On the other hand, the Reserve Bank of India (RBI) audit on the bank’s IT infrastructure is over, and the bank is hopeful that it will be free soon to launch new digital products. Overall, HDFC Bank is going through tough times since the exit of its former CEO Aditya Puri last year. Its new chief, Sashidhar Jagdishan, is striving to chart out a fresh path. But Jagdishan has multiple issues to tackle.

There is a clear pressure on loan growth, compared with the bank’s performance in good times. The loan growth has slowed down to 14.4 percent on a year-on-year basis (YOY), while on a quarter-on-quarter (QoQ) basis, it fell to 1.3 per cent.

HDFC Bank has adopted a cautious approach, much like most of its peers, ever since the start of COVID. That stance continued in Q1 as well. The second wave of COVID wasn’t an expected one for the banking sector but, thankfully, most banks had jacked up their provisioning cushion (money set aside against potential losses), learning from the first wave and taking cues from the RBI’s repeated calls to guard against the COVID impact.

Hence, the damage is lesser than expected–something RBI Governor Shaktikanta Das, too, said in his opening remarks in the recent financial stability report.

Analysts have acknowledged the loss of business momentum. “Overall, we believe that HDFC Bank’s credit momentum has moderated a bit in Q1, dragged mainly by continued weakness in the retail segment. The bank has well managed its asset quality after the second COVID wave, but new stress formation in CV, SME and PL due to back-to-back disruptions will be a key monitorable,” said Anand Dama, senior research analyst at Emkay Global.

“As a prudent measure, the bank carries a reasonable contingent buffer (Rs 68 billion; 0.6 percent of loans) as of Q4FY21 and could keep credit cost in check,” Dama said.

The COVID-19 trajectory, going ahead, will be crucial for the bank to decide its loan growth pace. The progress of the vaccination drive will be key for the whole banking sector as the ability of borrowers to repay existing borrowings and that of fresh borrowers to seek fresh loans will closely depend on containing the COVID-19 scenario at the earliest.

But for HDFC Bank, COVID is only one part of the problem. The problems with its IT infrastructure, despite the many assurances by the bank that it has addressed the problem areas, still continues. The bank reported a mobile banking outage even recently.

There are questions over the capacity of its technology platform to handle large volumes of digital transactions and new launches. An RBI-appointed third-party audit is over in the bank and the new team, under Jagdishan, is awaiting clearance from the central bank. The RBI is, at present, inspecting the audit report. The regulator’s view will be the key.

The RBI, in December 2020, barred HDFC Bank from new digital launches and issuing new credit cards after repeated outages hit the bank’s digital channels. “We are constantly in discussions and talks with the RBI. They had indicated areas in which they would want us to make changes in processes, investments in technology, etc. We’ve been through (this) in a very interactive manner in the last six months with the auditors appointed by the RBI,” said Parag Rao, Group Head–Payments, Consumer Finance, Digital Banking & IT, HDFC Bank, in a recent interaction with the press.

To sum up, at this point, the country’s biggest private bank is fighting two battles simultaneously–the COVID impact and its own internal issues on the technology front–under the new team headed by Jagdishan. The approaching quarters will tell us how successful the outcome will be.

(The article is posted from Money Control without any modification.)