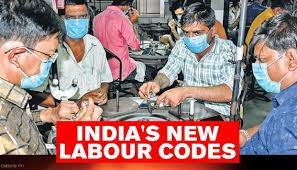 The labour ministry had amalgamated 29 labour laws into four Codes to significantly reduce compliance burden, improve the ease of doing business, greater ease of hiring and firing of workers and enhanced flexibility to employers in terms of work hours.

Disclaimer: Every effort has been made to avoid errors or omissions in this material. In spite of this, errors may creep in. Any mistake, error or discrepancy noted may be brought to our notice which shall be taken care of in the next edition. In no event, the author shall be liable for any direct, indirect, special or incidental damage resulting from or arising out of or in connection with the use of this information.

Previous post I was About to Give Up. But I thought I Can Not Quit Just Like That and Finally Become CA: CA Tanvi Sukhija

Next post Last date to link PAN card with Aadhar. If your PAN is not linked to your Aadhaar, then from 1 April you will not be able to do any financial transaction for which PAN is mandatory