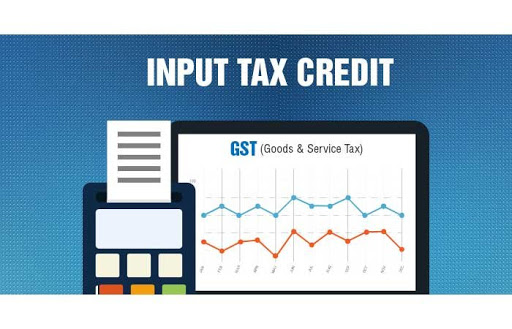 Section 16 of the CGST Act deals with the provisions related to availing of Input tax credit under GST.

As per second proviso to Sec 16(2) read with rule 37- If a recipient fails to pay to the supplier within 180 days, the Input tax credit availed on such supply needs to be reversed.

Provisions of the Act are reproduced for your reference –

Second Proviso to Section 16(2) :- “Provided further that where a recipient fails to pay to the supplier of goods or services or both, other than the supplies on which tax is payable on reverse charge basis, the amount towards the value of supply along with tax payable thereon within a period of one hundred and eighty days from the date of issue of invoice by the supplier, an amount equal to the input tax credit availed by the recipient shall be added to his output tax liability, along with interest thereon, in such manner as may be prescribed :

Provided also that the recipient shall be entitled to avail the credit of input tax on payment made by him of the amount towards the value of supply of goods or services or both along with tax payable thereon.” (Proportionate credit can be availed on part payment)

“RULE 37. Reversal of input tax credit in the case of non-payment of consideration. —

(1) A registered person, who has availed of input tax credit on any inward supply of goods or services or both, but fails to pay to the supplier thereof, the value of such supply along with the tax payable thereon, within the time limit specified in the second proviso to sub-section (2) of section 16, shall furnish the details of such supply, the amount of value not paid and the amount of input tax credit availed of proportionate to such amount not paid to the supplier in FORM GSTR-2 for the month immediately following the period of one hundred and eighty days from the date of the issue of the invoice :

Provided that the value of supplies made without consideration as specified in Schedule I of the said Act shall be deemed to have been paid for the purposes of the second proviso to sub-section (2) of section 16.

Provided further that the value of supplies on account of any amount added in accordance with the provisions of clause (b) of subsection 2 of Section 15 ( Obligation of supplier discharged by recipient ) shall be deemed to have been paid.

(2) The amount of input tax credit referred to in sub-rule (1) shall be added to the output tax liability of the registered person for the month in which the details are furnished.

(3) The registered person shall be liable to pay interest at the rate notified under sub-section (1) of section 50 for the period starting from the date of availing credit on such supplies till the date when the amount added to the output tax liability, as mentioned in sub-rule (2), is paid.

(4) The time limit (September month return or Annual return whichever is earlier) specified in sub-section (4) of section 16 shall not apply to a claim for re-availing of any credit, in accordance with the provisions of the Act or the provisions of this Chapter, that had been reversed ”

Whether Reversal of ITC is required on writing off dues payable to Creditors?

Provisions of the Act state that – ITC needs to be reversed if the recipient FAILS TO PAY the consideration within the prescribed period. There is no clarity provided in the section relating to book adjustments made which will result in reduction of Liability.

Definition for the word Payment is not given in the Act, When the statute defines a particular word, the same should be used unless the context otherwise requires it. Words not specifically defined must be taken in their legal sense, dictionary meaning, commercial or common meaning. Dictionary meaning of payment is “the voluntary tender of money or its equivalent or of things of value by one party (such as a person or company) to another in exchange for goods, or services provided by them, or to fulfill a legal obligation”. As there is no mode of payment prescribed in the GST Act (However one needs to consider provisions of Sec 40A(3) and other relevant provisions of Income tax Act). So writing off the outstanding creditor is considered as payment.

Writing off of financial obligation is also dealt with under Limitation Act, 1963 –

As per Entry No 14,15 of First Division to the Schedule of Limitation Act, limitation period for filing a suit relating to a contract for purchase of goods/services is 3 Years. So writing off a trading liability before the limitation period is void and not considered as the discharge of liability.

In the earlier regime a Circular addressing similar issues was issued by CBEC (Circular No. 122/03/2010 – ST)

Circular has addressed an issue related to availing of credit on payment as book adjustment to associated enterprises.

Extract of Circular is reproduced –

When the substantive law i.e. section 67 of the Finance Act, 1994 treats such book adjustments etc., as deemed payment, there is no reason for denying such extended meaning to the word ‘payment’ for availment of credit. As far as the provisions of Rule 4 (7) are concerned, it only provides that the CENVAT credit shall be allowed, on or after the date on which payment is made of the value of the input service and of service tax. The form of payment is not indicated in the same and the rule does not place a restriction on payment through debit in the books of accounts. Therefore, if the service charges, as well as the service tax, have been paid in any prescribed manner which is entitled to be called ‘gross amount charged’ then credit should be allowed under said rule 4 (7). Thus, in the case of “Associate Enterprises”, credit of service tax can be availed of when the payment has been made to the service provider in terms of section 67 (4) (c) of Finance Act, 1994 and the service tax has been paid to the Government Account.

Above circular cannot be taken as an exact reference as the issues addressed in the circular are different from the issue discussed and Section 67(Valuation of Taxable Services) of Finance Act, 1994 has included the word book adjustment which is not present in the GST Act. However, reference can be taken as the issue addressed is related to Input tax credit where the mechanism is the same under both the regime.

Sec 17(5)(h) of CGST Act restricts input on goods lost, stolen, destroyed, written off or disposed of by way of gift or free sample. This provision is only restricted to goods written off and not the debt arising on account of purchase of such goods. So this section is not relevant in the given case.

Considering the restriction of Writing off an obligation before 3 years, one can conclude that a trading liability cannot be written off within 180 days (i.e. due date of payment as per Rule 37). So if payment is not made within 180 days then interest is to be paid from the date of availment of credit to the date of discharge of liability.

If that liability is not discharged within 3 years one can consider writing off the amount subject to provisions of Limitation Act, 1963*and the implication under Income Tax Act,1961** and MSMED Act,2006 (Refer our article on implications of MSMED Act on business entities- Interest on delay payment to MSME’s – Implications INCOME TAX – (taxconcept.net).

Other Issues regarding Second proviso to Sec 16(2) –

Intention behind insertion of this provision is to ensure that ITC is not taken on dummy/fake invoices and supply is made for genuine business purposes. Sec 16(2) read with Rule 36 takes care of dummy/fake invoices, by inserting Second proviso to Sec16(2) the lawmaker made it more stringent but however failed to address genuine cases where the payment is made after 180 days such as –

Representations were sent by Tax Concept and other professional communities and Indirect tax committees for removal of such restriction including Sec 16(2) read with rule 36(4). However as I always say Law of land is to be complied with irrespective of its logical validity, so ensure compliance

**Sec 41(1) of Income Tax Act,1961 – Cessation of trading liability (The only condition is that the person must have obtained a deduction or allowance in his computation of income for the said liability in any previous years.)

**Reporting under Clause 25 of Form 3CD

The new features related to filing of Statement/ Returns by taxpayers under QRMP Scheme, for the quarter Jan-Mar., 2021, which…