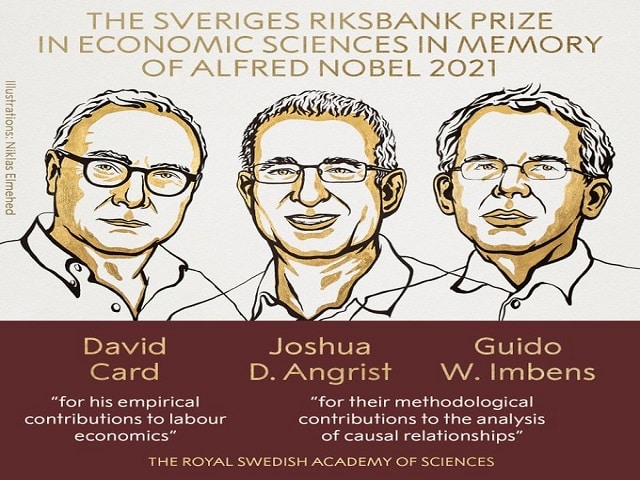 He simply compared the wages of people who served in the army with those who didn’t and see if there’s any difference.

Government of Vietnam ran lotteries and divided total interested population of young age into 2 groups. i.e. A Treatment group who were trained to participate in the war and A Control group — that wasn’t trained.

Their contributions to the field help researchers use natural experiments to better understand and answer central questions for society and that’s why they were awarded the Nobel Prize.

David Card and the late Alan Krueger come in, In the 1990s decided to adopt a series of “natural experiments” to understand the effect of minimum wage on employment rates.

In the US, the state of New Jersey(treatment group) set a new minimum wage that year. The neighboring state of Pennsylvania however didn’t follow suit. So we have a state that imposed a higher wage in 1992 and a control group in Pennsylvania that did no such thing. And the two economists began comparing employment rates in both cities before and after the wage hike. They picked 400 fast-food restaurants — since these establishments typically employ a significant part of their workforce on wages equal to or close to the legal minimum wage. And they measured outcomes.

Employment in New Jersey actually expanded with the increase in the minimum wage. Pennsylvania meanwhile saw no such growth. Subsequent research also pointed to the same anomaly. There was either a small positive effect or no effect on employment when minimum wages rose.

This is the benefit of Natural Experiments (especially in Economics field) where theory is always contradicting the practicality.

Are you a salaried person? Want to pay less tax? Do you think you can avoid paying any tax? Got…

The Words "In India" Cannot be Read Into Section 54F When Parliament in Its Legislative Wisdom Has Deliberately Not Used the Words: ITAT Bangalore

In the case of Rajasugumar Subramani vs ITO, ITAT Bangalore has held that: Since the Tribunal has taken a view…