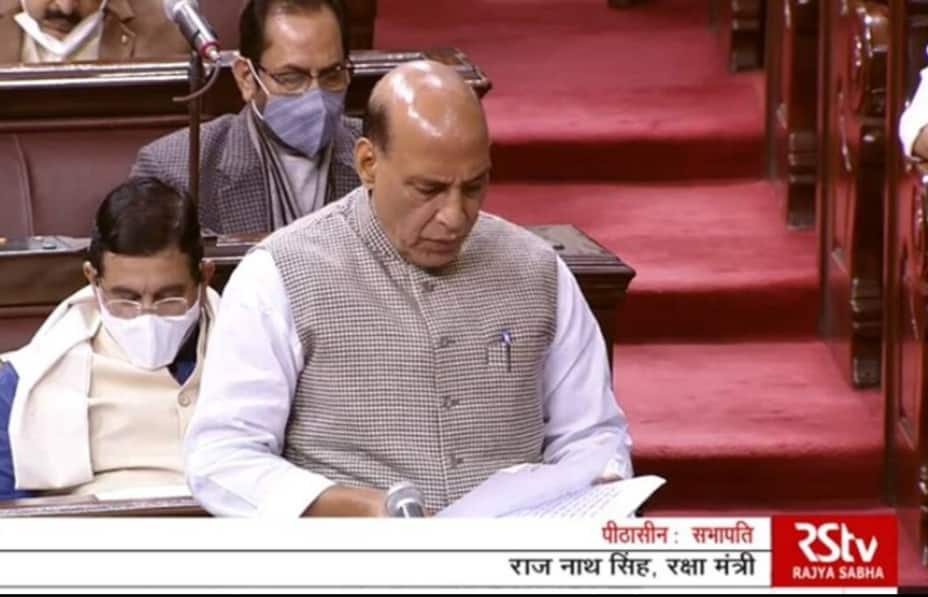 Defence Minister Rajnath Singh has said that India and China have reached an agreement on disengagement in the North and South banks of Pangong lake in the Eastern Ladakh that mandates both sides to cease forward the deployment of troops in a phased, coordinated and verifiable manner. The breakthrough comes after a nine-month long border standoff between the two Asian giants. Making a statement in the Rajya Sabha Mr Singh shared the details of the pact to defuse the tense military faceoff in the Eastern Ladakh that severely strained the ties between the two neighbours.

The Minister assured the members that New Delhi has not conceded anything in the sustained talks with Beijing. He made it clear that India will not allow even an inch of its territory to be taken by anyone. The Defence Minister said implementation of the pact will substantially restore the situation to the one which existed prior to the standoff that erupted on May 5 last. He added the two sides have agreed that they should achieve complete disengagement at the earliest and abide fully by the bilateral agreements and protocols. Mr. Singh said both sides have agreed to remove structures that had been built since April last in North and South bank areas, and put in place a temporary moratorium on military activities including patrolling the traditional areas.

The Defence Minister said under the agreement, the Chinese People’s Liberation Army (PLA) will keep its troops in the North bank area to east of Finger 8 and the Indian troops will be based at their permanent base at Dhan Singh Thapa Post near Finger 3 in the Pangong lake areas, a major site of friction between the two large armies.

The Defence minister said patrolling will be resumed in the areas only when both sides reach an agreement in diplomatic and military talks that would be held subsequently. Noting that the Chinese side is fully aware of India’s resolve by now, Mr. Singh said it is New Delhi’s expectation that the neighbouring country will work with the Indian side in full sincerity to resolve the remaining issues.

read more at : Apprehended People’s Liberation Army soldier to be returned back to Chinese officials at Chushul-Moldo meeting point