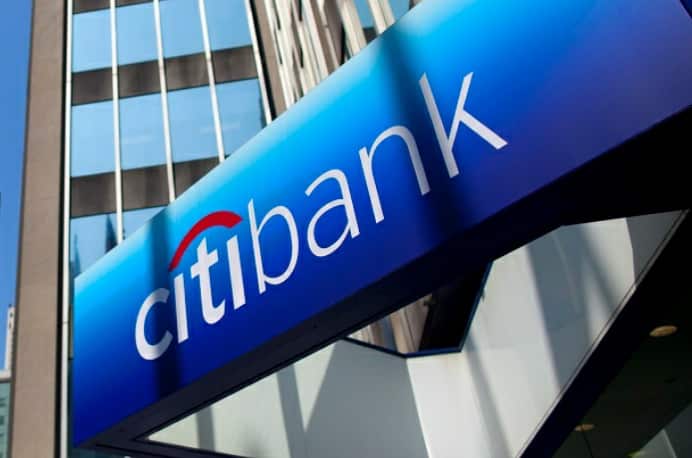 Citi was serving as the so-called administrative agent between Revlon, the embattled cosmetics company, and its creditors. It mistakenly paid those lenders much more $8 million was the correct amount than.

A worried Citibank then moved the court demanding a full refund but it still has not received $500 million from the accidental transfer. A US District Court judge ruled that Citi can’t recover that amount. This is a unique case involving a corporate client.

It shouldn’t happen in a normal scenario. Banks have stringent procedures to make sure that a fund transfer is approved by the sender and the recipient details are submitted promptly.

According to bankers, the bank immediately begins its SOP (standard operating procedure) in such cases. It notifies the wrong recipient about the accidental transfer and requests to reverse the transaction at the earliest. If the recipient refuses to do so, the bank can and, normally, will seek legal opinion on the future course of actions. This could involve filing a petition with the Police or Courts.

“Wrong transfers shouldn’t happen in the first place. There are stringent checks and balances at all levels. If this happens, we would approach the legal team for necessary recovery of the funds,” said a senior official with a leading private bank in Mumbai. He didn’t want to be named.

There are cases where the customer enters the wrong account details of the beneficiary. In this case, the onus is completely on the customer as the bank has only followed the instructions of its account holder. The customer will have to approach the wrong beneficiary to request for the immediate reversal of the transaction and will have to seek legal opinion in the event of non-cooperation.

To avoid such incidents, a customer needs to thoroughly check the account details of the beneficiary and the destination bank before sanctioning the transfer, bankers said.

According to Bandhan Bank, in terms of the extent procedural guidelines for RTGS / NEFT/ IMPS/ UPI, the credit to customers’ accounts is processed based on account numbers only through straight-through-processing (STP).

“It is the customer’s responsibility to provide the correct beneficiary details,” Bandhan Bank said in an email response.

The bank has said it will appeal the court ruling issued this week by a federal judge in New York that rejected its attempt to recover $504 million it accidentally sent to asset managers for Revlon lenders last summer.

Citigroup had made the transfer to fulfil its role as Revlon’s “loan agent”. However, instead of the interest amount that was due, the whole loan amount got transferred as a result of a back-office blunder. The recipients of this largesse include Brigade Capital Management, HPS Investment Partners, and Symphony Asset Management.

The judge, Jesse Furman of the southern district of New York, said the recipients shouldn’t have been expected to know that the transfer, which totalled more than $900 million before some lenders returned their share, was an error.

“To believe that Citibank, one of the most sophisticated financial institutions in the world, had made a mistake that had never happened before, to the tune of nearly $1 billion would have been borderline irrational,” wrote Furman, who presides in Manhattan.

The outcome is fascinating as an instance of strict judicial rule-following. As Furman framed his opinion, the legal rule was clear: under New York law, a creditor can keep a mistaken payment as long as he has “no knowledge” that it was sent in error.

The decision is the latest blow to Citigroup, which is in the midst of a yearslong effort to update its underlying controls and technology after regulators slapped it with a $400-million fine for deficiencies in both areas last year. The New York-based company is also undergoing a leadership change, with incoming chief executive officer Jane Fraser set to take the reins on 1 March.

The transfers matched to the penny the amount of principal and interest outstanding on the loan,” Furman wrote. “The accompanying notices referred to interest being ‘due’, and the only way in which that would have been accurate was if Revlon was making a principal prepayment.”

The key precedent is a curious 1991 New York state court case called Banque Worms v. BankAmerica International. In that case, New York’s highest court ruled that under a principle called discharge for value, when a third party mistakenly sends money from a debtor to a creditor, the creditor can keep the payment if it didn’t realize it was sent in error and didn’t make any misrepresentations.

Instead of making an interest payment as administrative agent on the Revlon loan, Citibank paid the full outstanding $900 million, and out of its own pocket. Some of the recipients returned the money, but about $504 million got stuck.

Applying the testimony in the Citibank case to the law spelled out in the Banque Worms decision, Furman said the central issue at hand was whether, at about 6 pm on 11 August 2020—at the moment of the mistaken transfer— the lenders were all “on constructive notice of Citibank’s mistake”. Ticking through the evidence, he found they weren’t.

That’s a challenge for Citibank, Columbia professor Talley said. It can argue that Furman simply interpreted the facts incorrectly when he found that the lenders had no reason to believe the payment was in error, he said. But “because appellate courts are a step removed from the trial, they tend to be much more deferential to trial court judges’ interpretation of the facts”, Talley said.

The bank may have more luck arguing that Furman got the law wrong when he found that the lenders could have reasonably expected that Citibank was paying off the loan since they received the exact amount they were owed— even though the full debt wasn’t due yet.

“To take the most likely example, Citi might argue that the discharge-for-value defense doesn’t apply unless the debt is due and payable, which it wasn’t here,” Talley said. “And thus, the trial court judge just got it wrong on the ingredients of the claim. This type of claim is probably their best chance on appeal because it involves very little deference by the appellate court.”

There are rare cases when banks have made transfers to some customers. For instance, in 2012-13, one leading PSU bank distributed interest payments to several accounts erroneously. But the transactions were reversed soon after the mistake was identified. Luckily, the mistake happened late in the evening on that day and by morning the error was rectified and all wrong transactions were reversed, said a senior banker who was part of that bank at that time.

Comments down if you have got any wrong amount. Let me know